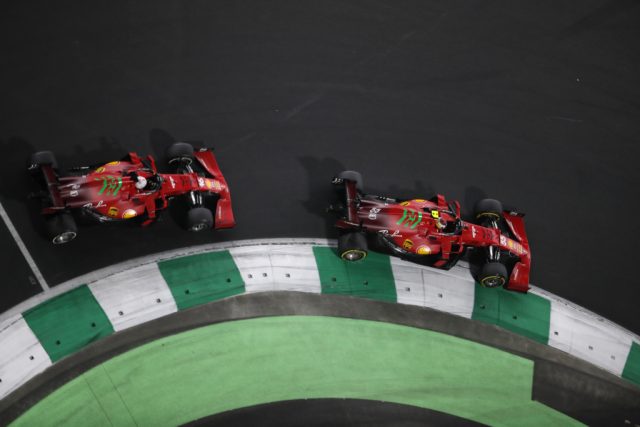 The fight between Hamilton and Verstappen has overshadowed everything else – as it should be. Just a few days after the highly controversial Saudi Arabian Grand Prix, Formula 1 will crown its new Champion: it will either be a new one or, 17 years after Michael Schumacher, the new Man Of The Records.

However this is going to end, it will be a day to remember for the sport.

Max Verstappen has shown a hefty dose of aggressiveness on the track, which is exactly what is needed to compete against someone like Lewis Hamilton. The young Dutchman is not afraid of overstepping the limits of his car, and not only. Lewis – the Maestro – showed him just how good he was at extracting every little bit of performance from his W12, which up until Zwelteg seemed to struggle in the comparison against the RB16B.

If there is one thing both Toto Wolff and Christian Horner agreed on throughout the season, it was their belief that the fight would have lasted until the very end in Abu Dhabi. And so it will be.

The two contenders for the title will fight at Yas Marina in a sort of “one for all” grand finale, while the Constructors’ trophy seems to be already on its way to Brackley; Mercedes’s risky engine tactics have indeed worked out in their favour.

The new track layout in Abu Dhabi – faster, as well as shorter – will reduce lap times around Yas Marina of an estimated 20%. The modifications will increase the average speeds thanks to the elimination of the two chicanes at the extremities of Sector 2; this was done also in preparation for next year (the 2022 cars will not take too well to the curbs at low speed) and should, to some extent, make overtaking less difficult this year – although there is a certain skepticism about it.

Mercedes comes from Interlagos with a consolidated power advantage. The modifications to the Yas Marina track layout will not necessarily favour the W12, as they will need more downforce compared to their rivals at Red Bull, who will be able to instead exploit a low downforce configuration on the RB16B.

Since the Hungarian Grand Prix, Lewis Hamilton has been able to neutralize the effects of the added downforce with a corresponding increase in power. This is particularly effective when racing on the harder compounds; the harder the Pirelli, the better the W12 will perform.

We will await to see which configuration the Anglo-German team will pick for their final race of the season.

Red Bull-Honda can’t help but respond – as Horner said – “with everything we have”. Already in Jeddah, we could see that Honda had made something ‘extra’ available on the engine – although it was just for one lap. In Abu Dhabi Honda will risk everything on the Power Unit – which has proven to be very reliable.

In Milton Keynes they know that winning this one will be a tough challenge, but it should not be forgotten that a year ago in Yas Marina their car was superior in terms of balance, although under different circumstances. The softest compound range brought by Pirelli this weekend should however suit their car better.

Ferrari beat Pérez in Qualifying in Jeddah, and then again in the race – before the first Red Flag compromised the end result, like already happened in Imola earlier this season. Leclerc could have had a rather peaceful race in fourth position – as he truly had the pace to stay in front of Pérez’s Red Bull. Indeed, the Monégasque was not that far off Valtteri Bottas’s times: the difference in pace between them was only 2 tenths/lap on average, while the difference with Hamilton and Verstappen’s lap times was of 6 and 5 tenths on average.

For this reason, Mattia Binotto defined the result as “frustrating”, as he reckons Ferrari was “clearly the third force”. This came as a bit of a surprise due to the nature of the Jeddah-Corniche circuit – slightly front-limited and with many fast turns, which throughout this season have not been the SF21’s best ally. The good levels of grip, however, certainly helped.

From a strategic point of view, Ferrari cannot be found at fault for any mishap: the first pit stop under Safety Car was “the right choice, no one could expect the Red Flag. Max has simply tried the opposite of Mercedes to mess things up and he got lucky there, as well as Ocon and Gasly did.”

Despite the fact that the final result did not reflect the potential of the SF21 in Jeddah, the best news emerged mainly from two factors: the new simulator and the engine upgrade.

The ‘Dynisma’ simulator, used mainly for calibration work thanks to the ‘spider’ which is always active, and where the two sessions in preparation for Jeddah and Yas Marina have already been carried out, is already giving better results compared to the old one. On the brand-new Jeddah circuit, it must be highlighted how the basic set-up used on both cars in FP1 was already excellent.

The second factor is of course the new hybrid system. Ferrari opted for maximum battery output in Sector 3 – the fastest one – compensating well for the rather loaded (and better suited for the first sector) wing configuration compared to Mercedes, but also Red Bull. This also meant that they were able to switch on their tyres much more efficiently as seen in Qualifying.

The new hybrid is a very good base for the 2022 engine, which was what Ferrari intended to test right on track.

We know that the ICE does not have a high degradation rate, but it still lacks quite a few HP compared to Hamilton’s ‘spicy’ Power Unit and, albeit to a lesser extent, Honda too. However, the upgrade on Ferrari’s fourth Power Unit of the season was enough to shake off McLaren (Mercedes customers use their Power Units in a much more conservative way) rather quickly, allowing the drivers of the SF21 to aim for higher targets.

Ferrari and McLaren are separated by 38,5 points in the Constructors Championship, and only a crazy Abu Dhabi Grand Prix could cost Ferrari the third place in the standings. The goal set at the beginning of the 2021 season only needs to be confirmed with the last round, and the team from Maranello deserves credit for their work.

As already planned, the Power Unit will be pushed again in Abu Dhabi. The layout modifications not exactly favouring Ferrari; the slow chicanes, where agility and traction – the SF21’s best known features – are required were indeed replaced by high and medium speed corners.

Yas Marina will be the conclusion of a long, bitter and exciting championship; the end of the story between our Antonio Giovinazzi (finally scoring good points in Jeddah) and Alfa Romeo, as well as the end of an era with Kimi Raikkonen’s retirement from Formula 1 coinciding with the last race we will see from these cars.