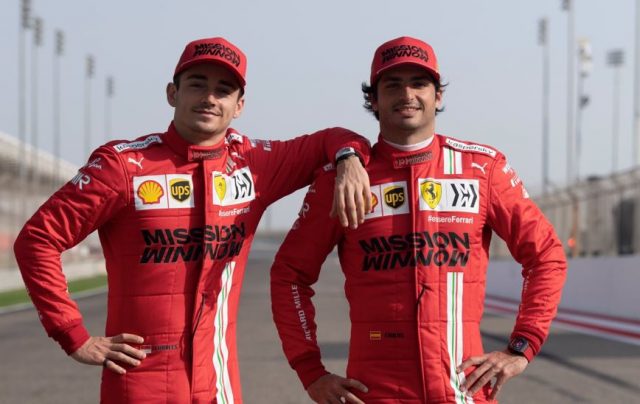 The expectations for the Mexican Grand Prix were high back at Maranello. The Scuderia’s Team Principal Mattia Binotto said it himself in an interview to Sky Italia: “we were expecting more on this track”. We are always expecting more from Ferrari, sometimes even too much – sometimes we are expecting results that are currently out of the realm of possibility for the Scuderia.

After the race, a lingering sense of disappointment, perhaps some ill-concealed resentment. “It feels like we can never be fully satisfied after a weekend,” said Leclerc, fresh from a race with a “weird” second stint, during which he immediately experienced problems on the Hard compound – an unwelcome flashback to what had happened in France. On the other side of the Red Garage, Sainz shared the same bitter feeling, but he was happy with the pace, was happy about trying with the swap.

The “inverted swap strategy” – which the drivers had agreed to go for before the race, the way they did in Austria – was Ferrari’s attempt to catch a very fast Gasly in a very fast AlphaTauri by throwing both their drivers at him in a 2-VS-1. The driver ahead on track would have to “sacrifice” himself by stopping earlier, baiting Gasly to do the same; the one behind would stay out on the favorable strategy, only to swap positions with his teammate on track later in order to have a go at the Frenchman on a fresher – and faster – tyre. In case of failure, the positions would be reversed again.

This is exactly what happened in the race – except it was Leclerc who, after the chaotic start, found himself in front of his teammate. Still, Ferrari stuck with the agreed strategy: the Monégasque was called into the pits prematurely to act as a decoy (mission accomplished!), and then he was told to prepare to swap once Sainz pitted 12 laps later. Leclerc was however asked to wait initially, in order to get rid of a lapped car – Stroll’s Aston Martin. Sainz, not aware of the situation, threw a not-so-veiled accusation at his teammate over the radio (which was broadcasted on the feed), but was immediately informed that Leclerc had already agreed to swap and was only waiting to be told when to do it. And so soon – one and a half laps later – the deed was done.

However, once it became clear that the gap on Gasly could not be closed despite Sainz’s best efforts, Ferrari honored the initial agreement and asked again for a position swap, a reset, with Leclerc in front as it was in the beginning.

Beyond all the useless chatter and the clever audio-editing (the team radio broadcasted were curiously cut short) which would lead one to believe that there is great animosity between the two Ferrari drivers (what’s the fun in having two teammates wearing red and not hating each other, I ask you) – the swap was a strategy which, even though it proved ineffective against an unreachable AlphaTauri in Mexico, had given the team good results in Austria. Furthermore, the “reset” also gave Leclerc an additional 2 points – not over Sainz (whom, despite what the narrative would want you to think, he is not fighting), but over Norris, whose only souvenir from Mexico was one measly point.

And indeed McLaren is the sole focus of the Scuderia – not Mercedes, not Red Bull, and certainly not the media-enforced, made up rivalry between the Red duo.

Because once the context – one made of expectations, of personal ambitions, of the antagonism synonym with the sport – is taken into consideration, all we are left with is the frustration of two young drivers who are still, always hungry for results.

Results they aim to achieve while wearing red. 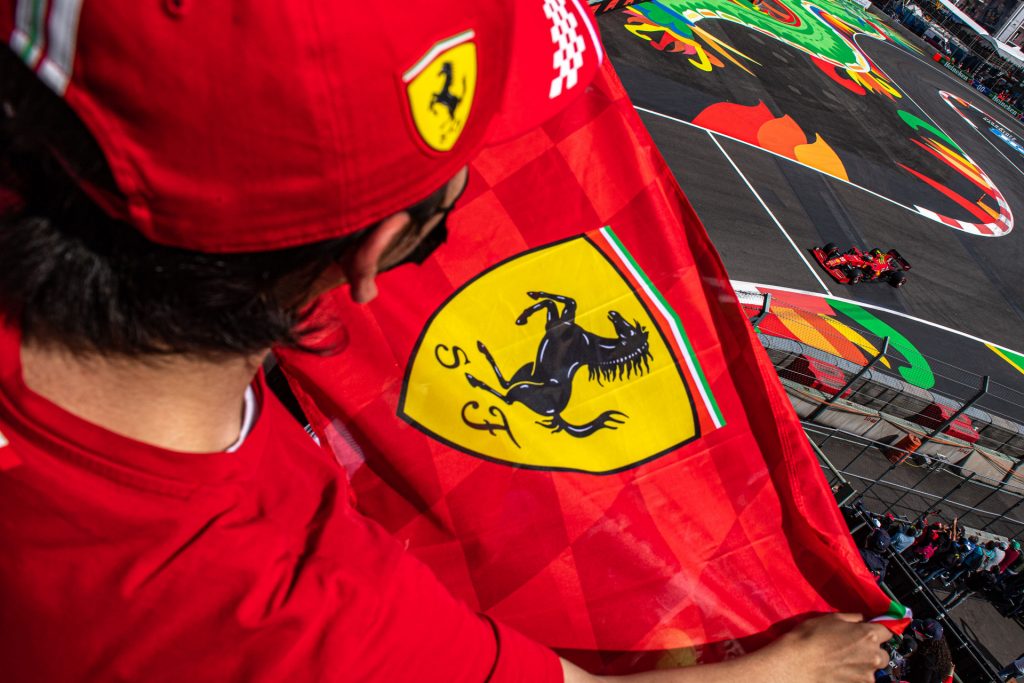 Ferrari VS McLaren: The Overtake

Since Turkey, Ferrari has been forcing McLaren in the role of the chaser – inverting the trend observed with this battle since the beginning of the season.

In Mexico, the Scuderia was able to bring home a total of 18 points against McLaren’s lonely score of 1 (Norris in P10), effectively overtaking for third in the battle for the Constructors Championship. Ferrari now has a lead of 13.5 points over McLaren – which, considering the Papaya 1-2 in Monza, is quite the achievement.

The upgrade to the hybrid system has certainly improved the overall performance of the SF21, which can now benefit from not only a power boost but also a new margin on the setup of the car, which is no longer forced into a conservative configuration.

However, Ferrari’s biggest advantage in the comparison with McLaren throughout the season has been their drivers. If on one end of the Papaya garage Norris had a very strong start (and was even third in the WDC behind Hamilton and Verstappen at some point), on the other McLaren could not rely on their new addition: Daniel Ricciardo, the mutinous ex-Red Bull driver, simply wasn’t there. 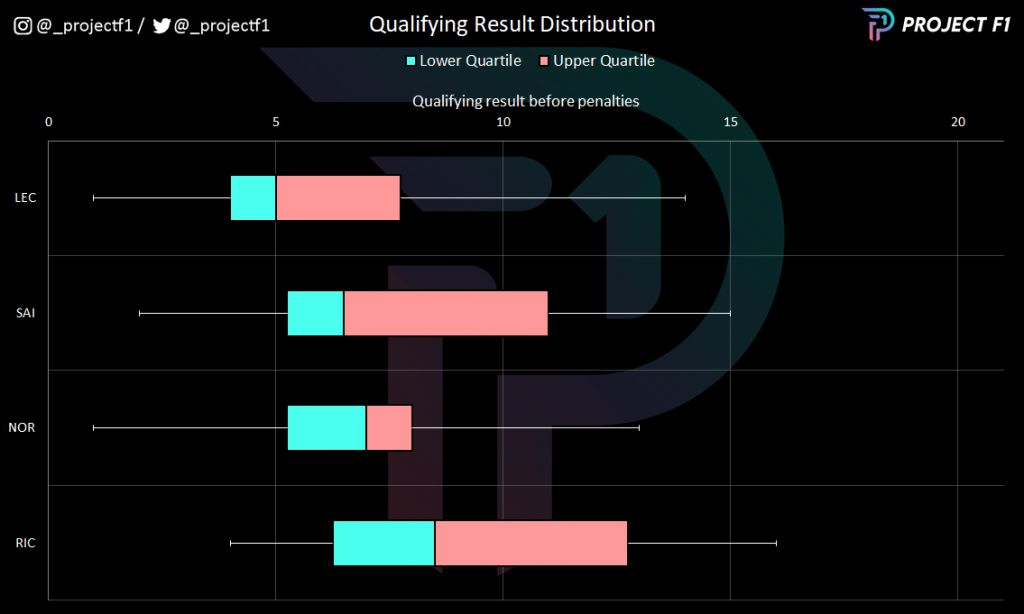 📊 by Project F1 | Qualifying Result Distribution between LEC, SAI, NOR e RIC (before penalties): Leclerc leads the Qualifying comparison against the entire group; Norris comes second, Sainz not far behind, with Ricciardo having the lowest average. 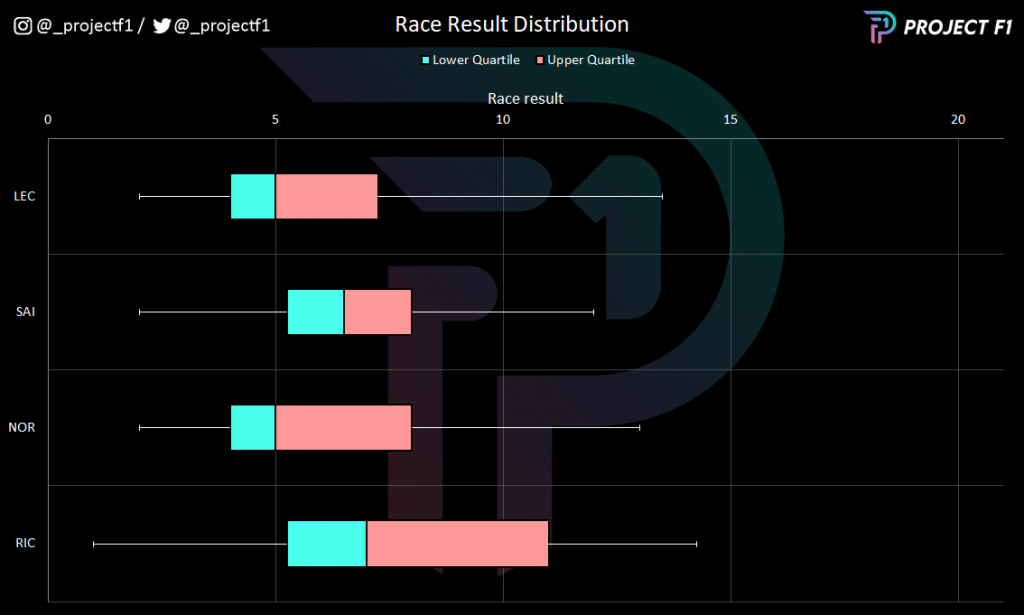 Who was there was both Ferrari drivers, the Red Knights. On a first glance, Leclerc appears to be having a rocky season; between the bad luck and the missed opportunities, the Monégasque has only appeared once on the podium this season – but the data tells a different story about his alleged “lack of consistency”.

📊 [click to enlarge]Leclerc is leading both the Qualifying and the Race Head to Head against Sainz. In the “MED” column, the median value between the results highlights the gap between the two.

Sainz has scored more podiums compared to his teammate, and his performance definitely deserves respect. Among all the drivers who swapped teams this year, Carlos is the one who adapted better, and faster: he detains the records for the most consecutive point finishes and the most laps completed this season, which speak highly of his consistency. However, looking at the median values in the comparision with Leclerc, they are not that far – or maybe not as close – as one would be led to think.

Leclerc has a total of four no points finishes (a DNS in Monaco, a DNF in Hungary and the 0 points in France and Russia) against Sainz with two. Three of those occasions coincide with the three podiums Sainz achieved this season: the second position in Monaco, the third (inherited) position in Hungary and again in Russia – for a metaphorical slap worth 48 points in the standings. And yet his teammate, with his “forgotten” performances (such as Spain, Silverstone, COTA etc – where Leclerc was alone in a limbo between the top 2 and the rest of the field), has managed to close that gap thanks to his stronger average level of performance.

With nine Top 5 finishes this season – of which six in P4, more than any other driver including Pérez and Bottas – Leclerc actually matches Norris’s seasonal average. The gap that seemed so big between the two at the start of the season – and seems bigger when one compares podium appearances – is not only getting closer, but could be closed before the end of the season.

📊 [click to enlarge]Leclerc leads in the Qualifying comparison and matches Norris head to head in Race results. Both have the same median finishing position (P5) despite Norris having 4 podiums VS Leclerc’s only appearance in Silverstone.

With now only 12 points separating Norris and Leclerc in the Drivers Standings, the Monégasque will try to overtake the McLaren driver for position in the last four rounds of the season. With Sainz ahead of Ricciardo and so close to his own teammate, Ferrari confirms what Binotto has said after the Mexican Grand Prix.

“There’s still some work to do, to improve,” said the Team Principal of the Scuderia, adding with a note of pride: “one aspect that needs no improvement is our drivers. What they need is a faster car.” 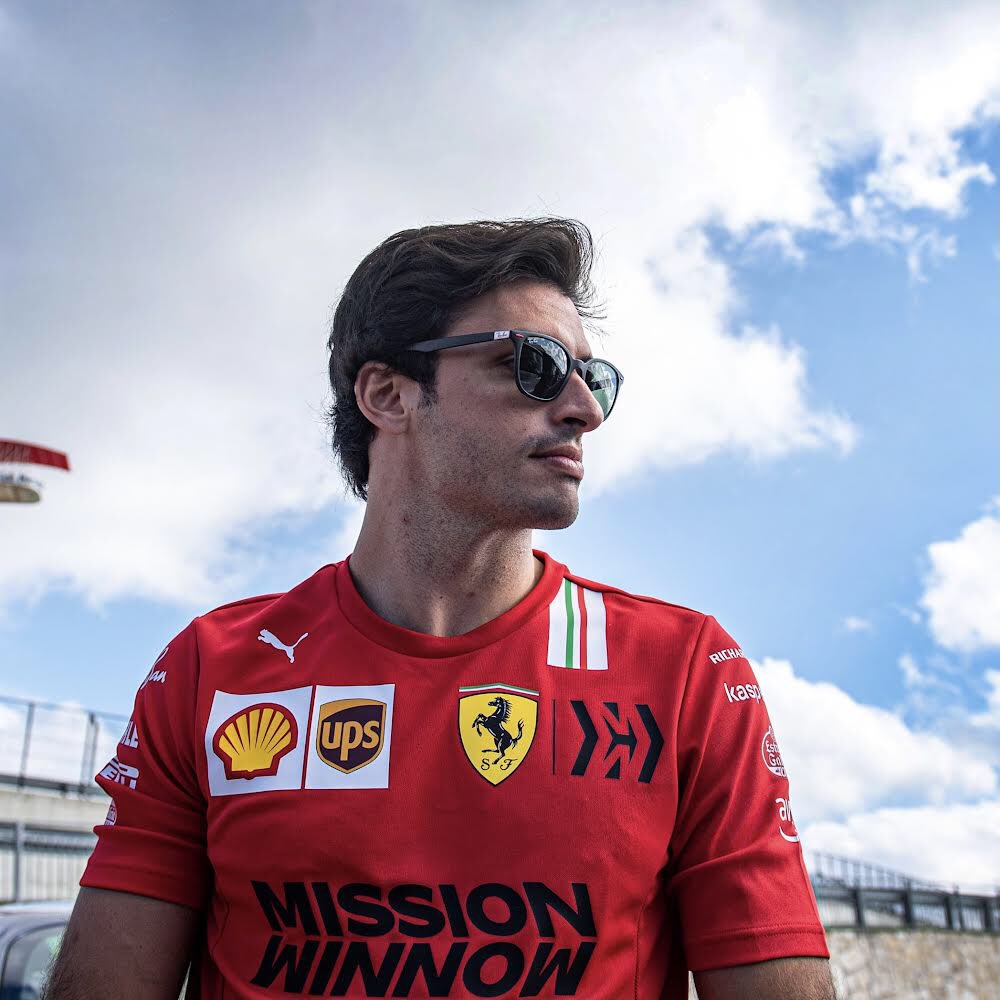 The confidence inspired by the strategy in Mexico – which despite the swap, really has nothing to do with “favoring” this or that driver – is the key for good teamwork. Perhaps it was what Ferrari was missing when it was Sebastian Vettel and Charles Leclerc sharing the red garage.

Without even taking the (completely fictional, yet rather popular) theory that personal dislike and team favouritism came between the two of them, one has to admit that the balance of the Vettel-Leclerc duo was rather precarious right from the start. The young rookie with the bright eyes who had just arrived at Ferrari immediately proved to be less of an apprentice and more of a thorn in the side for the four-time World Champion on the other side of the garage. Vettel, for his part, has never conceded the ‘brat’ even a millimeter on the track – and Leclerc would have not liked it any other way. Indeed, this only pushed him to improve, and to do it fast – and the boy was always fast, even before he set foot in the red car. 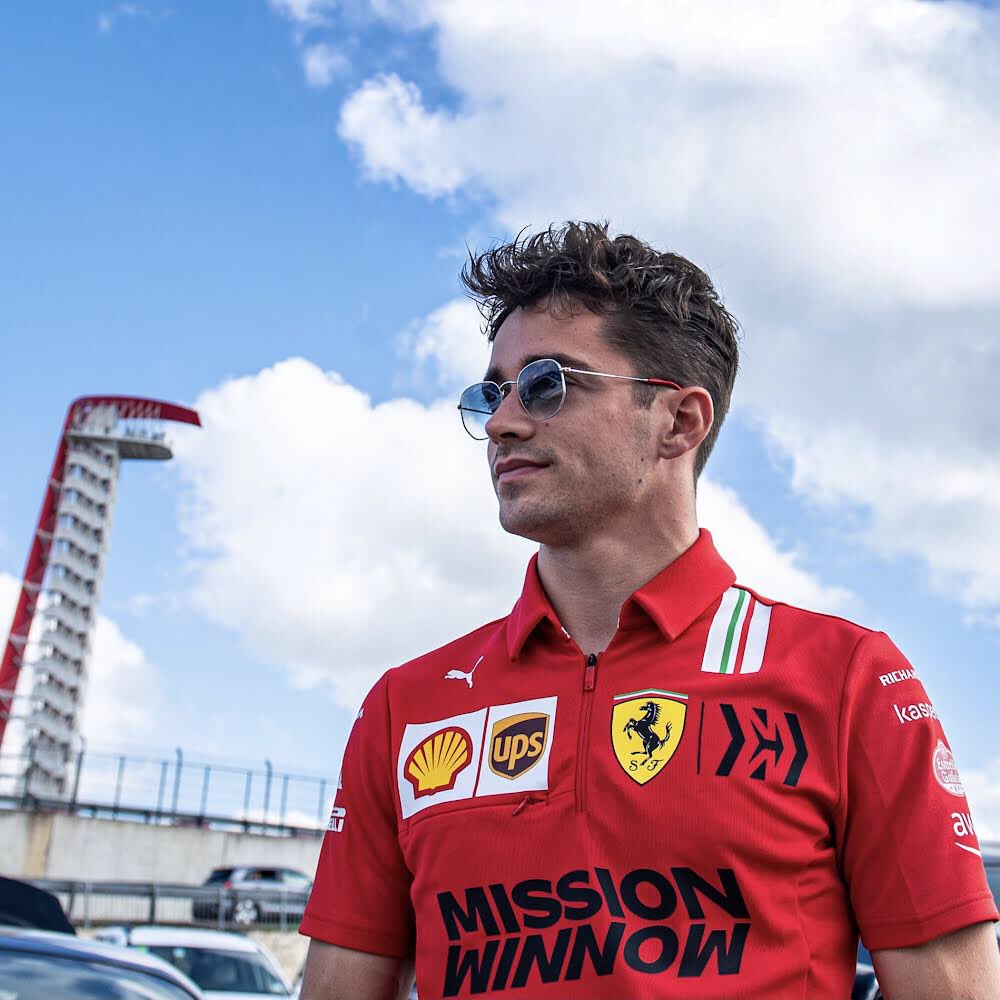 Leclerc is still Leclerc, and will always be – the crazy horse, the Cavallino Ferrari wagers on – but with Sainz there is a newfound harmony. Like violins in an orchestra, the two of them lead the team, working together for a common goal: returning Ferrari to their winning ways.

Tomorrow, though – Next Year™ – so there is no point bickering about who is going to be the concertmaster come the day.

Any assumption, conjecture, conspiracy regarding that unpalatable “second driver” title is therefore entirely premature. As Ferrari awaits for better times, the team still works towards maximising their results in the finale of this 2021 season: between defending their position in the Constructors Championship against McLaren and the added challenge of overtaking Norris in the Drivers Standings, Sainz and Leclerc promise to keep entertaining – always working together, as a team. 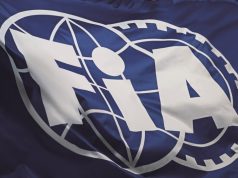