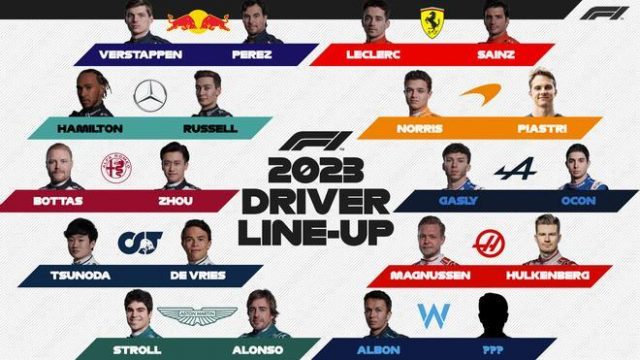 Analysis of the 2023 F1 grid: To succeed in Formula 1, an excellent driver combination and a competitive car are necessary. Only, the top three teams (Red Bull, Mercedes and Ferrari) and Alfa Romeo, have kept the same driver line-up next season. Three rookies and a returning veteran are among the changes joining the grid this year, so here is a breakdown:

Williams, a driver change for the second year in a row: Alexander Albon and Logan Sargeant

At Williams, for the second year in a row, there has been a change to their driver lineup. Nicholas Latifi departs, after a disappointing three years. Alex Albon will be the British team’s number-one driver, after a series of impressive performances last year, including his drives in Melbourne and Miami. Albon’s pace was especially strong in qualifying, where he finished ahead of Latifi 20 times.

Only in the wet conditions at Silverstone could Latifi outperform the Thai driver in qualifying, which was in part due to a mistaken strategy call by the team. Albon did not disappoint in his F1 comeback, enjoying a 6-tenth advantage on average over his teammate. This advantage was present in qualifying and race day, where Albon ended the year with a 14-1 head-to-head race against Latifi. 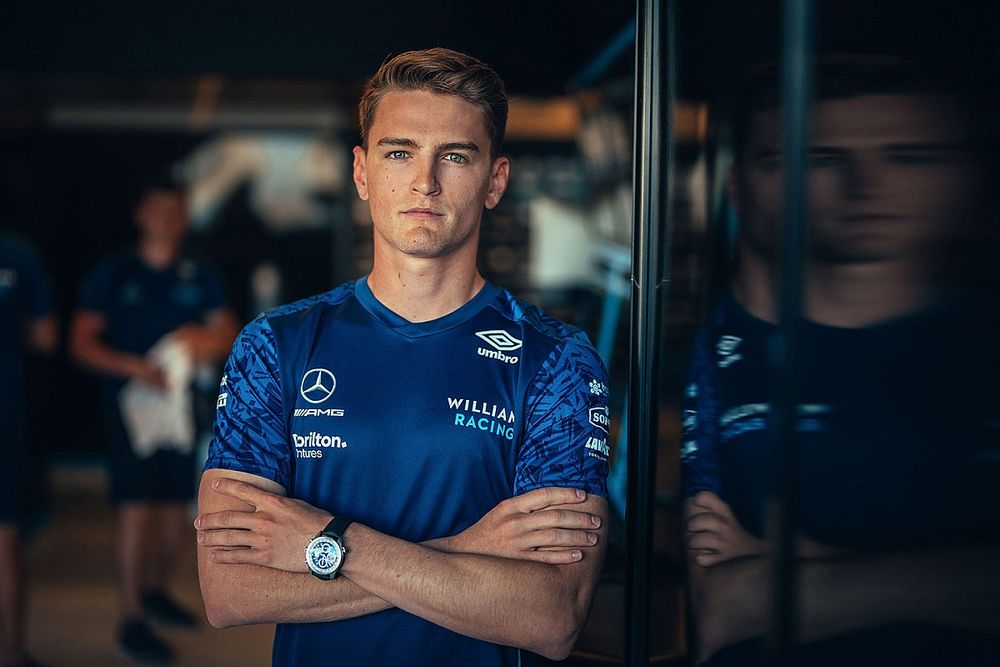 Logan Sargeant will join Albon this year, after finishing fourth in Formula 2 as a rookie in the series. The American driver completed plenty of simulator work throughout 2022, and also took part in four Free Practice sessions. Sargeant achieved 2 pole positions, 2 wins and 148 points in last year’s campaign.

According to data from formulascout.com, his average gap to Pole Position was 0.602%. As a reference point, Felip Drugovich, last year’s Champion (and the driver with the best qualifying record in F2), had an average gap of 0.305%. Overall, Sargeant had the fifth-best qualifying record last year. For the sake of having references, the likes of Leclerc and Russell had an average gap to Pole Position of under a tenth in Formula 2. Sargeant’s race pace was slightly better but still 0.256% behind Drugovich.

The Faenza-based team failed to repeat its positive results from 2020 and 2021, two of their best all-time finishes, finishing in an underwhelming ninth in the Constructors’ Championship. Tsunoda will compete at AlphaTauri for the third consecutive year, and will be expected to take a significant step forward. The data shows that Tsunoda already made notable progress between 2021 and 2022. With a 9-10 qualifying record against Gasly last year, a minimal gap of less than a tenth separated the two drivers.

Tsunoda’s race head-to-head was a less impressive 6-10 against his experienced teammate, although his average race pace was -0.003% faster than the Frenchman in races where neither driver experienced issues. Alongside taking a step forward in terms of performance, Tsunoda will have to improve his management throughout a race weekend, making fewer errors and finding the sparks of raw speed that he showed in Formula 2. 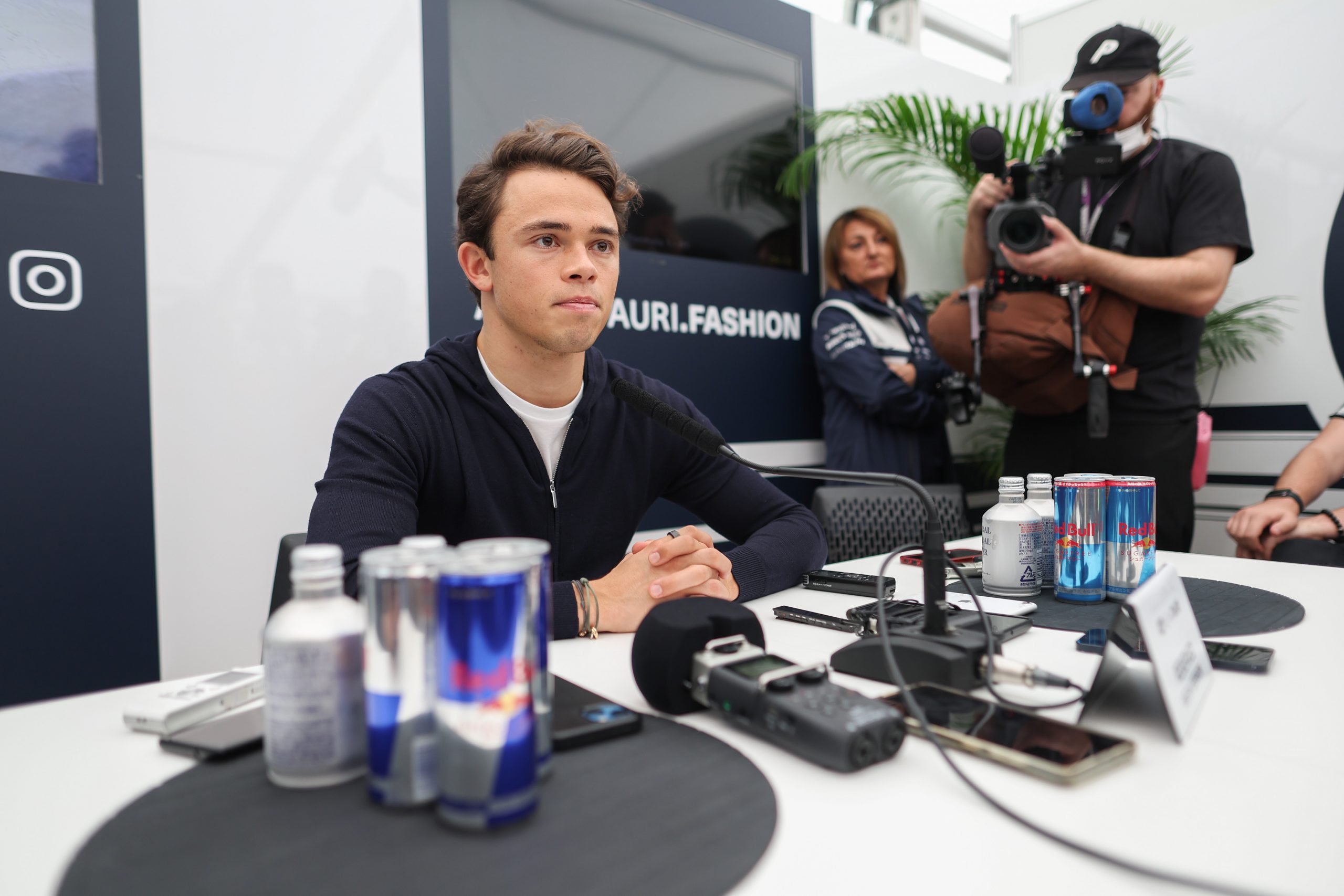 After his outstanding substitute performance at Monza, Nyck de Vries managed to earn a seat in Formula 1. The F2 and Formula E Champion will have to show he can compete with Yuki Tsunoda to keep his place on the grid for 2024.

After taking the Formula E title in 2021, De Vries suffered a dip last year and finished just ninth in the final standings – a substantial 107 points behind teammate Stoffel Vandoorne. Despite this regression, he was crowned unofficial team leader by Helmut Marko: “Yuki is young and doesn’t have much experience. Therefore, I think Nyck will have to lead the team”, the Austrian said a few weeks ago.

Haas’ 2022 was almost parallel to Ferrari’s, starting off strongly before slowly regressing as the year went on – to the extent that even Williams outperformed them after the Belgian GP. Magnussen followed a similar trajectory, enjoying a lightning start in Bahrain before lowing his initial performance advantage over his teammate.

The final race head-to-head was 10-7 in favour of Schumacher last year, with both drivers showing very similar speeds. Magnussen’s advantage was often in qualifying, where the Danish driver enjoyed a 16-6 record against Schumacher and outperformed the formed Ferrari Academy driver by 0.131% on average. Considering Magnussen was coming back after a year away, these are reasonable numbers. However, it will almost certainly take more to get the better of Hulkenberg. The German driver will be something of an unknown for Haas this year, returning to Formula 1 after three years without a full-time seat. Hulkenberg has proven himself on several occasions in the last three years as a reserve driver (For Aston Martin/Racing Point), securing third place in qualifying at Silverstone in 2020 and outqualifying Lance Stroll in Bahrain last year.

He certainly isn’t lacking speed, having outperformed Sainz in 2018 and staying within touching distance of Ricciardo in 2019. The real question for Hulkenberg is whether he can sustain strong pace with minimal errors throughout the season, something which Guenther Steiner is counting on as Haas looks to reduce their damage costs.

Aston Martin, replacing one Champion with another: Fernando Alonso and Lance Stroll

From one F1 Champion to another: Fernando Alonso will replace Sebastian Vettel at Aston Martin alongside the ever-present Lance Stroll. Aston Martin expects a significant step forward with Fernando Alonso, who continues to dream of a third-world title. Alonso suffered from plenty of misfortune last season, with bad luck seemingly following him throughout the hybrid era.

Alonso finished just behind Ocon in the standings despite his six retirements and various other issues. Qualifying was never Alonso’s strength in qualifying, but with a 10-10 qualifying head-to-head and average advantage of 0.149% to Ocon, it cannot be said the Spaniard struggled on Saturdays. On race day, their head-to-head was 8-8, with Alonso enjoying an average pace advantage of 0.100% faster than his teammate. 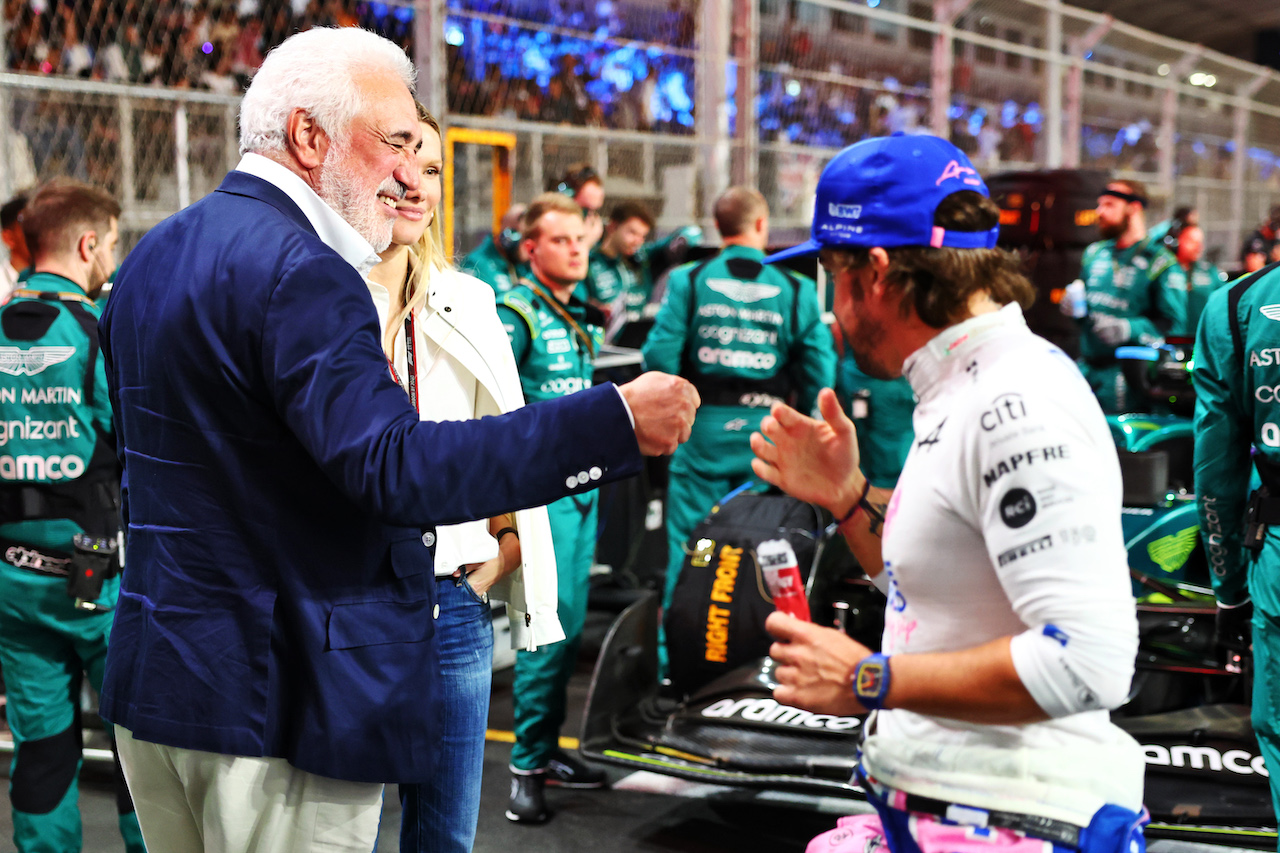 Lance Stroll, meanwhile, was outperformed by his teammate in 2022, suffering a hefty 6-13 deficit in qualifying, although the average gap was only 0.057%. It was a similar story on race days, with an 8-10 head-to-head against Vettel and a 0.104% average deficit to the four-time World Champion. The Canadian is far from one of the most promising youngsters in F1, but it cannot be said he has not improved, especially considering his qualifying struggles from a few seasons ago.

Still, excluding adaptation problems, which Alonso has never suffered from, this is unlikely to be one of the closer duels on the grid. The key for Aston Martin will be to build upon their strong finish to last season, starting the 2023 campaign as the fifth-best team at the very least – to use as a platform to become something more.