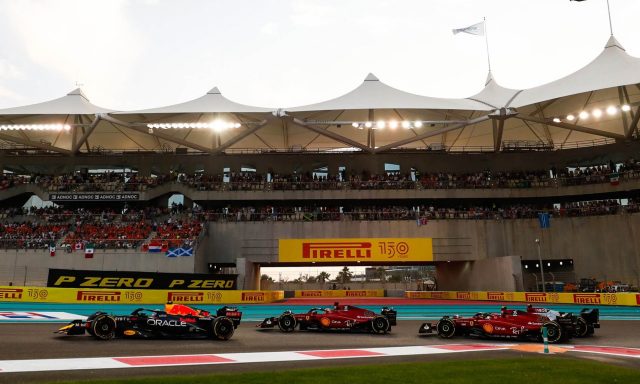 Last year was the first of Formula 1 cars with the new ground effect. This new regulation, a considerable evolution in some aspects, has proven less restrictive to ingenuity and aerodynamic development than initially expected. The 2022 cars were visually different in terms of their floors, noses and sidepods, with teams electing for different choices than in the previous generation of cars. However, weight was undoubtedly one of the most significant factors on performance.

Two important examples are Mercedes and Red Bull , the two teams that had to sacrifice the most resources in the 2021 season – given that a world title was at stake, later won by Max Verstappen in the controversial Abu Dhabi finale.

This forced the two teams to make compromises over the winter break ahead of 2022, mainly focusing on the aeromechanical philosophies of their cars, leaving development in terms of reduced weight as a secondary objective for later in the season.

This was a strategy designed to maximize performance gains throughout the season, since it is easier to find performance by introducing lighter components rather than purely aerodynamic updates. Alongside the direct gains from the excess weight removed (10 kg lost on average is equivalent to 3 tenths), there are also indirect gains linked to improved weight distribution. 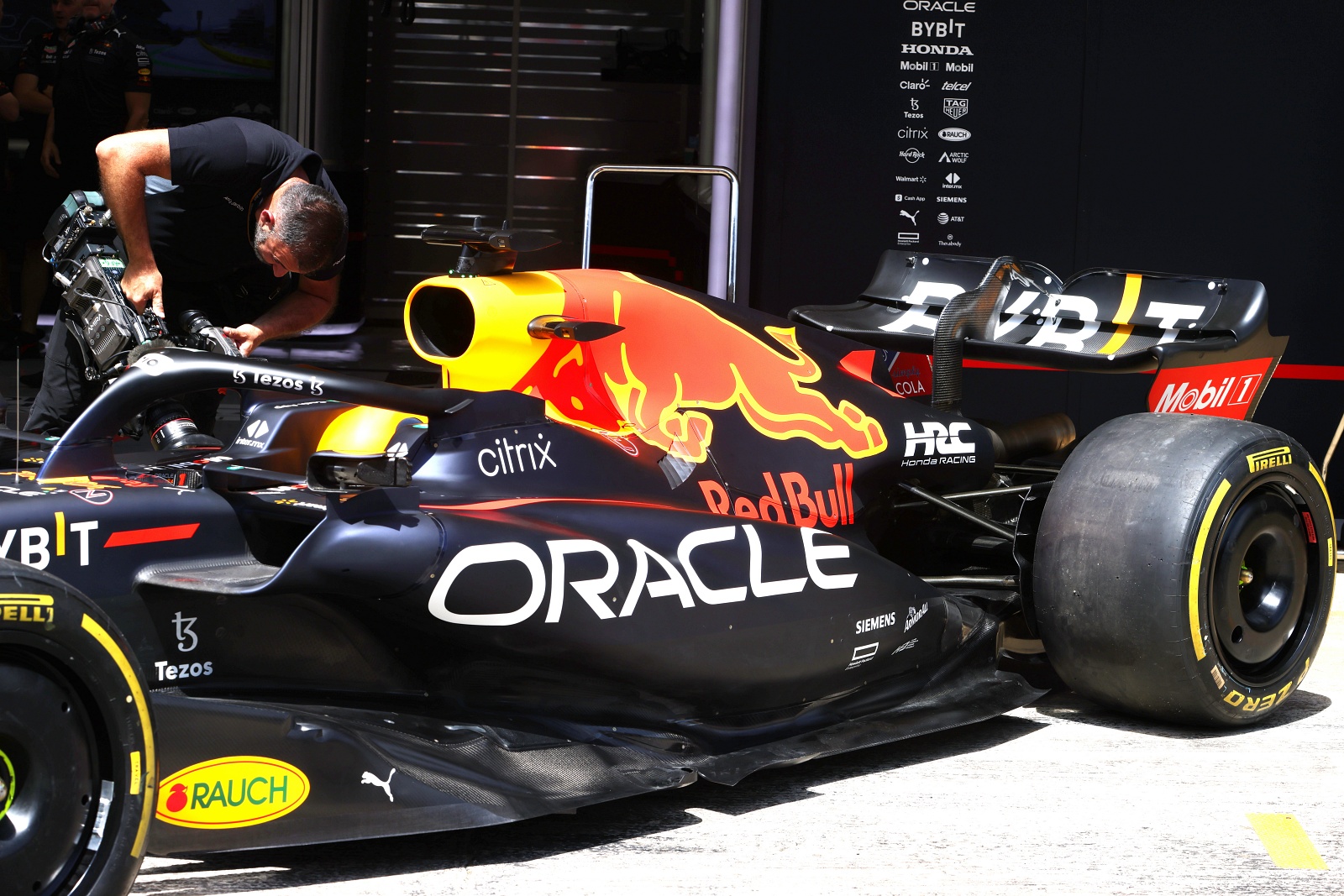 For Red Bull, this proved to be a winning strategy, while for Mercedes it was not possible to execute this strategy effectively due to the important problems. This includes the aerodynamic hopping or ‘porpoising’, which occurred once the W13 ‘zeropods’ were put on the track, ruining the Brackley squad’s initial development plans. Significant resources, which would have been used for weight reduction, were instead rediverted to understand and resolve the issue porpoising, the bouncing phenomenon that appeared after the upgrade package brought to Barcelona. Only in Austin did the former Constructors champions manage to bring the first important package to the track designed specifically to slim down its car, with several important and obvious benefits. In Red Bull’s case, it must be underlined that initially the RB18 had to carry a greater than expected extra weight due to the failed side crash test. The British-Austrian team had to intervene by reinforcing the frame structure with additional kilograms.

The 2023 cars will weigh 2 kg less while the engines 1 kg more: Ferrari and Renault happy

If at the beginning of last season, the FIA granted a minimum weight increase to compromise with the teams, next season there will be a reduction of 2 kg , with the minimum weight going from 798 kg to 796 kg. This is Formula 1’s governing body expects that many teams can still be close to the minimum weight allowed, after a year of understanding and developing this new generation cars. Listening to the opinions of some F1 engineer and combining them with emerging rumours, the 2023 cars of the top teams will all be very similar in terms of weight. 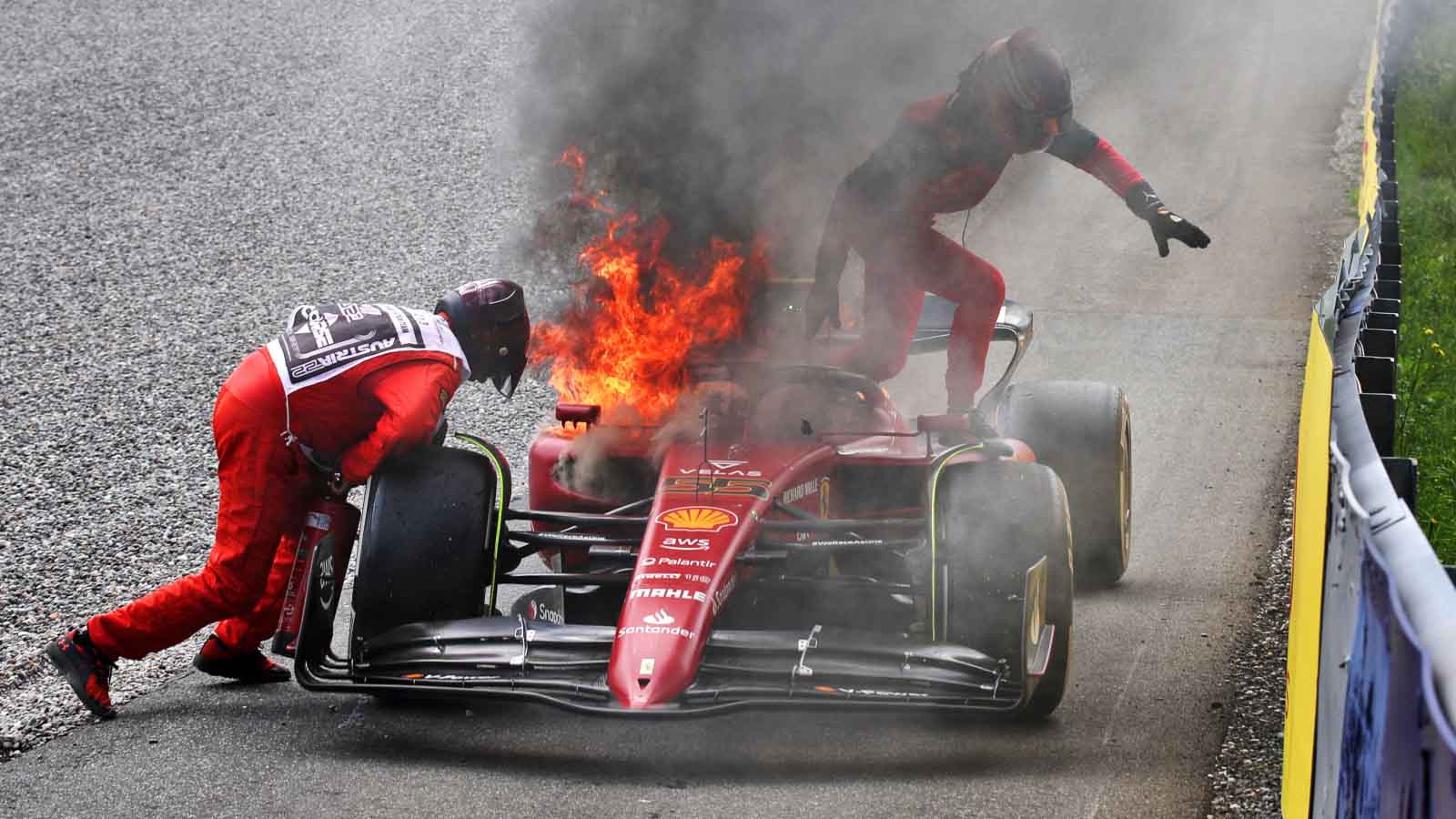 On the other hand, it should be emphasised that the engines will weigh at least 1 kg more, increasing to 151 kg overall. This increase was dictated by the fact that the total weight will also include components that were previously part of the chassis weight, such as the ducts of the plenum chamber. This is something that Ferrari and Renault don’t mind, since these two power units that were more uncomfortable in terms of meeting the minimum weight. For Ferrari, an increase of the minimum weight will be even more useful after the corrections made to the 2022 engine, which required an increase in weight to reinforce the power unit.

The first year of the new regulations saw teams use many different aerodynamic philosophies. A very extreme false floor by Alfa Romeo and Aston Martin, as well as a more standard version with a downwash effect of the bellies by Red Bull; without forgetting the much more specific conversation with the Mercedes size-zero sidepods which will be confirmed on the W14 with the necessary changes to correct its defects, and the much sought-after goldfish tank of the Ferrari F1-75.

As the season progressed, the other teams began taking aerodynamic cues from Red Bull and Ferrari, certainly the most performing cars, but without ever really overturning the performance hierarchies that have been in place since the beginning of the season. There are mainly two reasons: the projects are still in their infancy and several teams have taken a long time to exploit the full potential of their cars. Think of Aston Martin, which introduced its AMR22 Spec-B in Spain but only managed to consistently fight for points towards the end of the season. 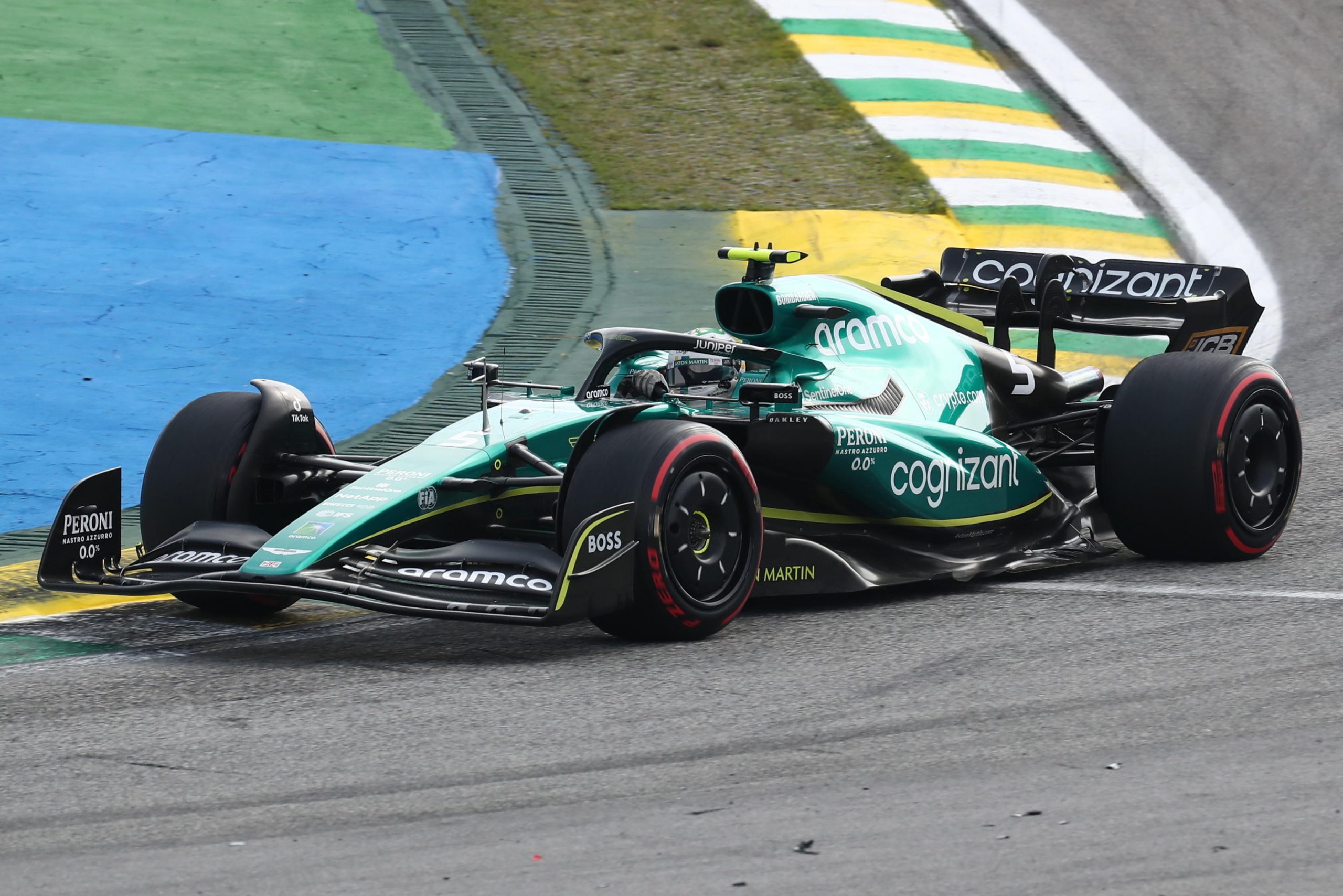 In the past season, many teams have gained more performance from slimming their cars than from the aero components of new developments. The most striking example was the fight at the top between Ferrari and Red Bull.A t Maranello they started the season with a significant advantage in terms of weight over the RB18 and this too meant that the F1-75 enjoyed some advantage. However, in Milton Keynes they increased their performance quite quickly simply by producing lighter parts, which significantly affected the budget cap. Also, for this reason, Red Bull decided during the winter not to push too much on development in terms of weight, knowing that the 2021 challenge with Mercedes had required additional resources.

The development challenge, therefore, saw Maranello concentrate mainly on updates from an aerodynamic point of view, while Red Bull was able to find performance more easily, albeit more expensively. The same goes for Alfa Romeo, who started the season enjoying an important advantage: being below the minimum weight and thus guaranteeing the use of ballast to maximize weight distribution. However, they then struggled to find more performance through developments while other teams gained mainly with weight loss packages, overtaking it in the hierarchy during the season. 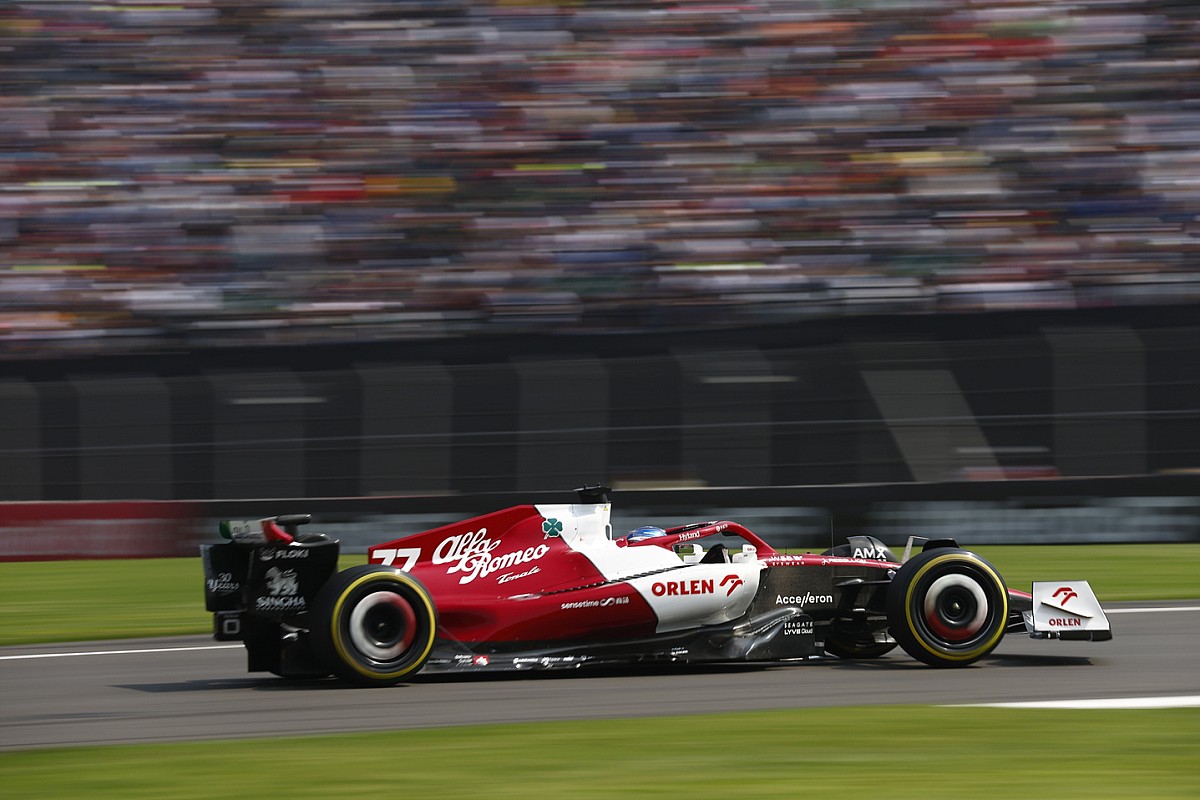 Another advantage that will disappear in the next season will be that of power unit optimizations  – as mentioned in a previous article – given that there will be only one update available for the ECU software. It is also worth noting that, according to rumours, the performance potential of the four power units could get even closer. The Honda unit is the one that has the least room for development. Mercedes has managed to resolve its crankshaft problems and will have the opportunity to exploit full power in 2023 while Ferrari and Renault are solving their reliability problems to be able to show their maximum potential.

With the absence of software updates to the PUs, with the possibility that all manufacturers will be able to use their engines at full power, with the cars of the top teams set to be much closer in terms of weight, normal development will return. Therefore, the 2023 season will be the first real opportunity to evaluate the teams in terms of aerodynamic development of the new F1 cars. 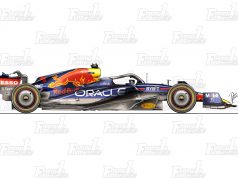