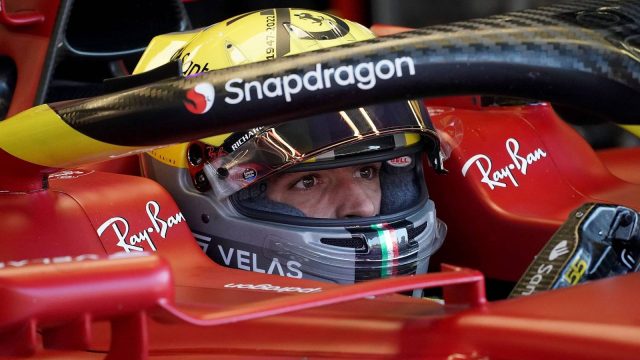 This surely isn’t the best run of form for the Prancing Horse. In spite of the big step in 2022 where the engineers designed a car capable of fighting for the world championship, hopes already vanished before the summer break due to major reliability issues and some very questionable strategy calls. The post-summer debut was quite shocking for both Charles Leclerc and Carlos Sainz. No incidents, reliability issues or strategic decisions, just a very underwhelming comparison between Ferrari’s F1-75 and Max Verstappen’s RB18. The reasons behind the huge lack of pace has become the main talking point, even more than Red Bull’s dominant RB18 and the chances of a 1-2 in the standings for the team from Milton Keynes. The new Technical Directive mainly hindered the F1-75’s mechanical setup, something that we talked about recently: the strengths of the red car – particularly traction zones and slow corners – have now become the prime sources of trouble for engineers and drivers.

The “new” F1-75 is more nervous and less balanced, and this complicates Ferrari’s work

From the very first race in Bahrain, engineers were able to ‘appreciate’ the results of the great work carried out in the factory in previous months. A trait of the F1-75 was the ability to hit the ground running with a (near) optimised setup for the weekend. Both cars were immediately very quick and very comfortable for the drivers. Furthermore the setup window was very wide and wasn’t shaken by the change of environmental (track temperature) or technical parameters (ride height). During the season Adrian Newey praised his rivals at Ferrari multiple times, observing that engineers at Maranello had produced a very quick car “in all conditions, with any tyre, temperature and track layout”. Something that Red Bull went without, due to the excessive weight that the RB18 was carrying following the unavailability of hours (BoP) to design the 2022 challenger imposed by the FIA and originated by the never ending 2021 title battle with Mercedes, a situation in which no team is in this year and that Ferrari cannot take advantage of. 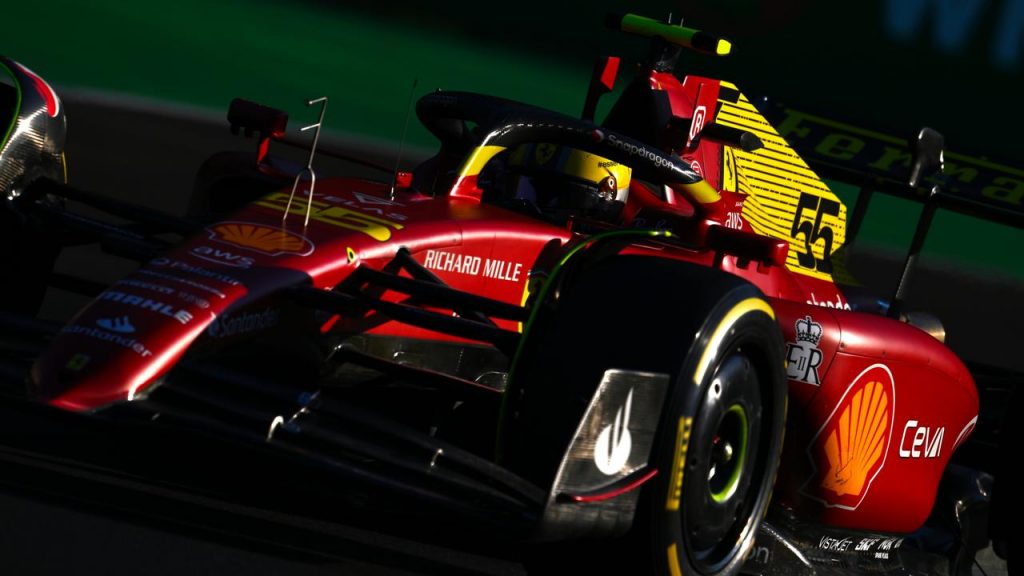 Taking away the crucial data gathering work on the new floor (France spec) brought ahead in Monza, the attention of the technicians at Maranello is now focused on finding the ideal balance of the car through a well studied understanding of the (new) F1-75 in terms of setup. As previously analysed, the TD forced significant changes in ride height and especially a very stiff suspension setup. This compromised the balance of the car, and triggered a series of side effects: first of all a smaller tyre working window on the F1-75, which had never been a problem up until the Hungarian Grand Prix.

These changes took away the main strengths of the car driven by Sainz and Leclerc. Ferrari lost its ‘magic’ in traction zones and medium-slow sections – due to the stiffness of the suspensions along with a higher ride height. This combination took away some efficient downforce, coming from the floor and the diffuser, but especially the critical mechanical grip (advantage) that left the F1-75 with no competitors in corners and sections below 170-150kph. Engineers are working endlessly in order to find the heart of these issues. 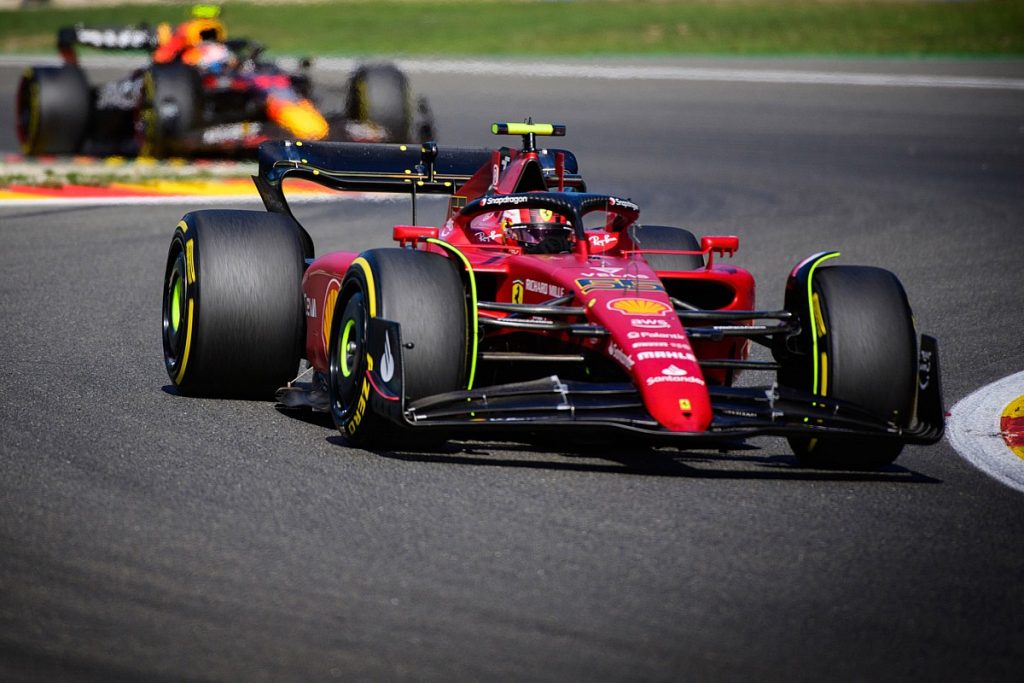 The new F1-75 now requires a more significant effort and more work at the simulator, and especially on track, to try to find the correct balance and therefore find competitiveness. On one lap the task is made much easier by the fresh grip of the new compound, but Maranello is mainly focused on improving degradation levels and becoming competitive again in the long distance, an aspect where Mercedes is edging ever closer.

Singapore was the perfect track for the ‘old’ F1-75: Ferrari is working with Sainz at Fiorano.

The next destination is Singapore, back on the calendar in little more than a week after problems with Covid. The last time we raced at the Marina Bay, Ferrari pulled an unexpected 1-2 out of the bag with a surprising performance, which all of Maranello hopes to repeat this weekend. Coming into the weekend as underdogs, the work at the factory was impeccable, in terms of simulations and updates. In 2019 we saw a breathtaking battle for Pole Position between Charles Leclerc (pole), Lewis Hamilton and Sebastian Vettel. In the race the red cars managed the situation exceptionally, bringing home the best possible result, and also Vettel’s last win for Ferrari and – for now – the last in his career. 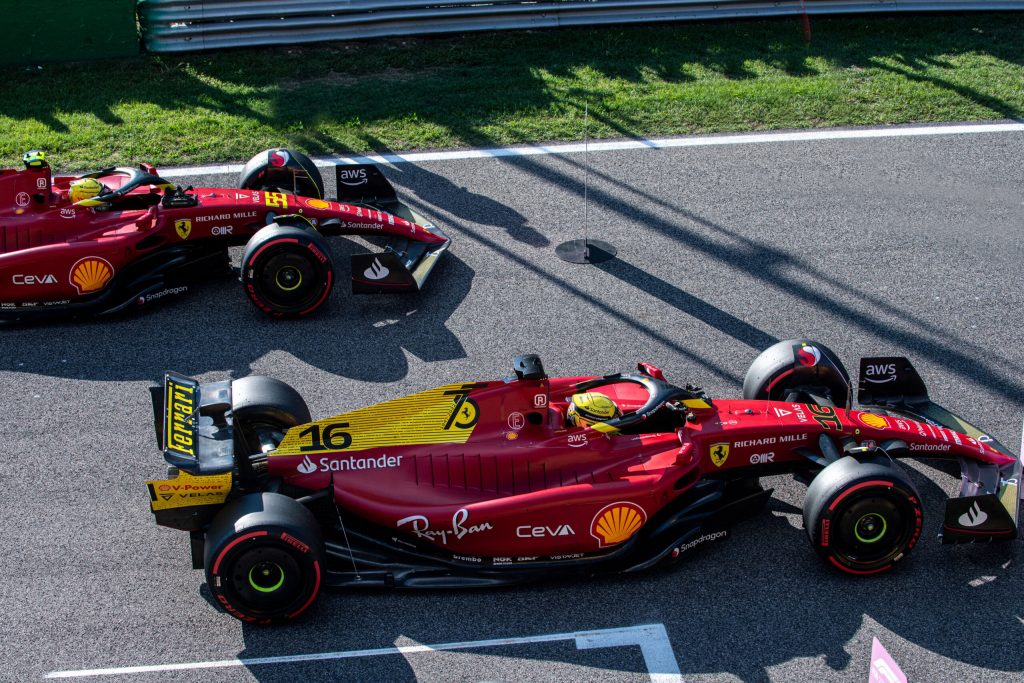 If the team led by Mattia Binotto could repeat what they did three years ago, it would be another great surprise. Many could ask themselves why we saw this, looking at the competitiveness of the F1-75 in slow street circuits so far. Singapore would’ve been the ideal track for the F1-75 we saw up until Hungary. Slow speed corners, traction being crucial and straights not as long as Red Bull would hope to make use of their great efficiency. A total of 16 corners will be navigated at low speeds, given the fact that in 2019 there were twelve corners below 150kph and another four below 100kph in Qualifying. Additionally, the layout features six important traction zones.

However the big disruption in performances seen from Spa onwards means that Ferrari have lost ground in traction and slow-medium speed, promoting Max Verstappen to the role of favourite and Mercedes as potential candidates for second place. Thinking about the predictions ahead of Montecarlo and what we saw in the Principality from the F1-75, with chances of Leclerc’s first home win thrown away due to a poor strategy decision. Despite all of this, Ferrari hasn’t surrendered yet and they are ready to react. In the total unawareness of the media, Carlos Sainz was back on track at Fiorano with the F1-75 for Ferrari’s second ‘shooting day’ of 15km. According to what sources tell Formu1a.uno, the Spanish driver was busy with data gathering, for what such a short test can provide, but not only. Those few km were used to plan some updates that we will see on the F1-75 on the very slow but exceptional Marina Bay street circuit and also to work on the base setup for FP1. Furthermore some work was brought out regarding start procedures. Far away from the media’s eyes, Ferrari has been putting the work in to be able to fight for victory before the end of the season. We will see the maximum downforce setup once again, introduced in Spain and used in Monaco, the same aero configuration that was seen on the F1-75 at Fiorano.

The work doesn’t stop and reacting in these final races of the season is the goal now, also in order to be able to fight in 2023 with the desire to be in both championship battles next year, vanished far too early this season.