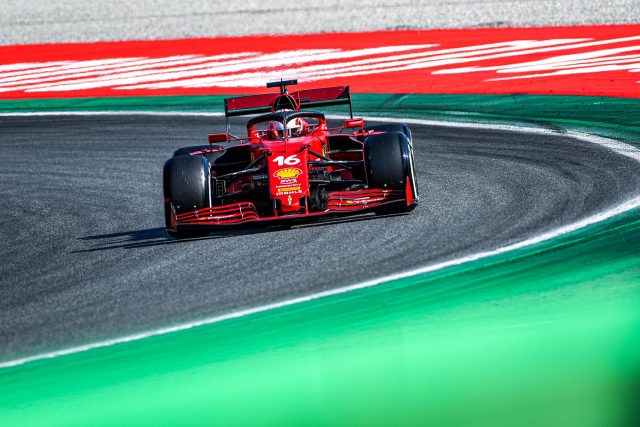 Ferrari Power Unit: What to Expect from the Hybrid Upgrade

Just yesterday Ferrari confirmed that they will upgrade the Hybrid components on Charles Leclerc’s Power Unit this weekend in Sochi.

Ferrari’s Team Principal Mattia Binotto revealed over the summer break that a scheduled upgrade of the ERS system would bring “a significant step in performance” for its Power Unit. The new specification was initially reported to bring gains of 10-15BHP.

Ferrari has been using components of their 2020 Power Unit this year, opting to swap them for their 2021 specifications throughout the season rather than at its beginning. By doing that, the Scuderia was able to circumvent the freeze that does not allow teams to upgrade their engine during the season; however since teams were allowed to bring a whole new Power Unit in 2021, swapping outdated parts with this year’s specification is still allowed.

The scheduled upgrade focuses on the ERS (Energy Recovery System), which consists of two kinetic units – the MGU-K (Motor Generator Unit – Kinetic) and MGU-H (Motor Generated Unit – Heat) – and the ES (Energy Store), the battery that stores the energy generated by the hybrid motors and makes it available to the driver over the lap.

Changing these components on Leclerc’s Power Unit was a necessity rather because of the battery, the only part of the Monégasque’s second Power Unit Ferrari’s engineers were able to salvage from the Hungarian Grand Prix’s Lap 1 crash, and which was starting to show signs of unreliability. The electrical interferences in Monza – which might be the cause of the engine braking issues Leclerc experienced during the Friday Qualifying session – were enough to convince Ferrari to anticipate the upgrade to Sochi, in order to prevent further issues on his third Power Unit.

Nevertheless, Ferrari remains cautious in their predictions: the performance boost the upgrade will bring is thought to be less than 10HBP. In today’s FIA Press Conference, Leclerc added: “on paper, it seemed a little bit better, [but] we were not expecting a huge step forward anyway.”

The Monégasque driver went on saying that it was very important for the team to test every upgrade as soon as it was ready, regardless of the size of the gains they promise to bring. “Whenever we have something that is a little bit better, we try to bring it on-track […] We still feel like it’s going to be a step forward, but how much, we’ll have to see.”

The small steps might indeed be of the upmost importance for Ferrari in their fight against McLaren, which currently sits in third position in the Championship, 13.5 points clear of the Scuderia after their Monza 1-2.

“In a season like this, whatever we can have, we try to take,” said Leclerc, “because with McLaren, the margins are very, very small. Whatever we can bring to the car to try and and beat them in that fight for the championship, we will try.” 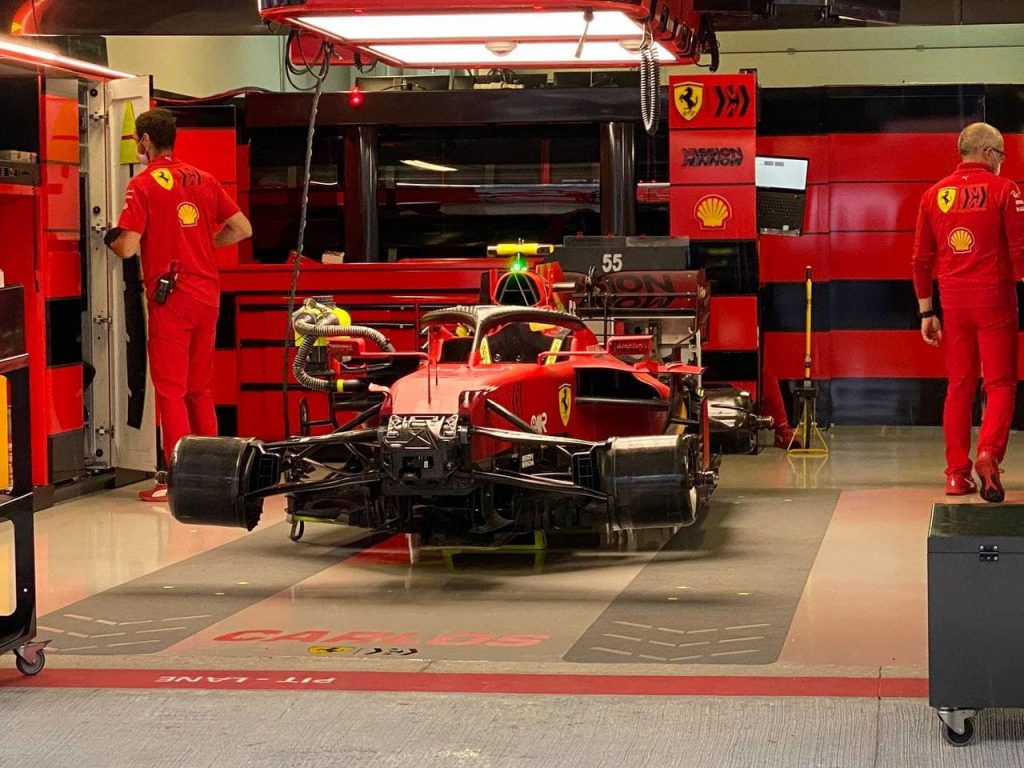 Pictures from the Paddock: the SF21 with a high downforce rear wing, which will grant higher levels of mechanical grip – very important around the medium-slow corners typical of the Sochi Autodrom.

Leclerc will start the Race on Sunday from the back of the grid due to the penalty of changing his Power Unit, but he does not think that is too high of a price to pay, especially considering the weather.

“I think on a weekend like this, it’s actually not too bad,” he said. “We agreed to change [the Power Unit] as soon as possible, it wasn’t calculated […] if it was Monaco, maybe you don’t change it in Monaco, but being here in Sochi, it made sense. If it’s like this [raining], it’s a little bit of luck, but it goes in our direction.”

Meanwhile, Carlos Sainz will have to wait to receive his own upgrade; Ferrari wanted to avoid having both cars start at the back of the grid at the same race. The Scuderia will decide on the change in the next few races, taking into account both the performance gain and the chances of overtaking on track. Instanbul Park and the Circuit of the Americas are both good candidates, but Ferrari will want to gather as much data as possible on that presumed “step forward” before taking a decision.