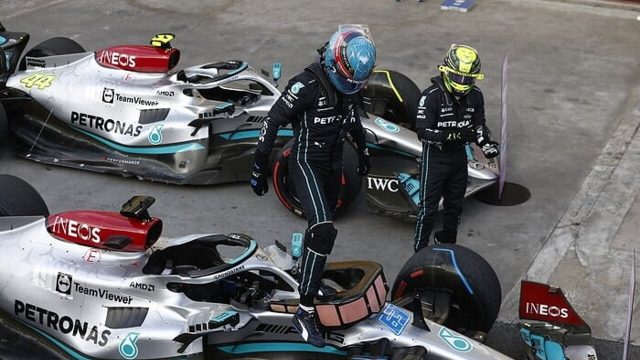 George Russell has explained why spending a year with Lewis Hamiton at Mercedes is the equivalent of spending several seasons further down the field.

The 24-year-old surpassed expectations in his first campaign with the Silver Arrows, holding his own against Lewis Hamilton throughout the 22-race campaign.

Few would have predicted Russell to outscore Hamilton last year, with the youngster collecting many podium finishes and his first F1 victory at the Brazilian GP.

It cannot be ignored that Hamilton had a slightly better pace in qualifying and race trim compared to Russell, but this does not override the impressiveness of his performances. 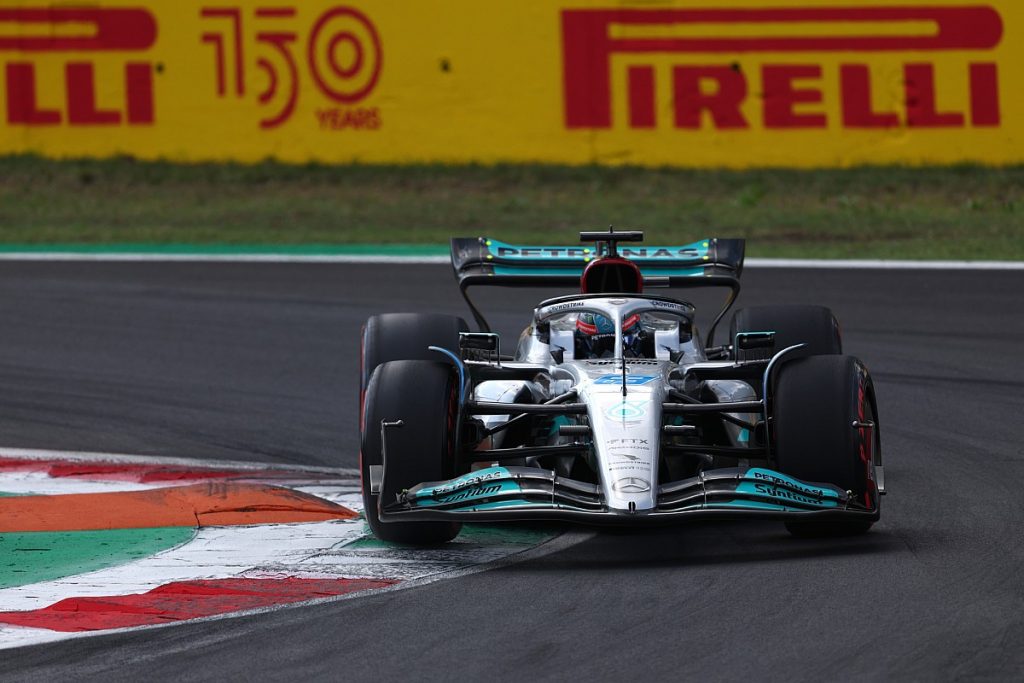 Russell spent three seasons at Williams before switching to Mercedes, a significant change in many aspects. The British driver believes his first year with Mercedes has been the most important for his development.

After competing at the back of the field for a struggling Williams team, the 24-year-old is pleased to have the opportunity to benefit from Lewis Hamilton’s experience to improve his performance.

This is especially true after the difficulties Mercedes faced with last year’s W13. The Brackley squad spent much of the season evaluating and experimenting with set-up to optimize performance.

Therefore, perhaps more than ever, the Mercedes duo shared and analyzed data to address the team’s persistent weaknesses quickly.

In an interview with gpfans, Russell discussed the value of his 2022 season:

“When I was in Formula 2, I’d often fly with Lewis from some of the races and spend time with him in the engineering office. So we naturally had a good relationship anyway.

“Seeing how he works with the team has been a really good opportunity for me to learn from someone who has more experience than anyone – except Fernando [Alonso] – on this grid.

“You can’t buy experience, so having that chance to be in the garage next to him and sit opposite him in the engineer’s office is probably helping me gain a few years of experience.

“It’s maybe making up for the three years where I was trying to lead a team at Williams – when I actually had very little experience.”