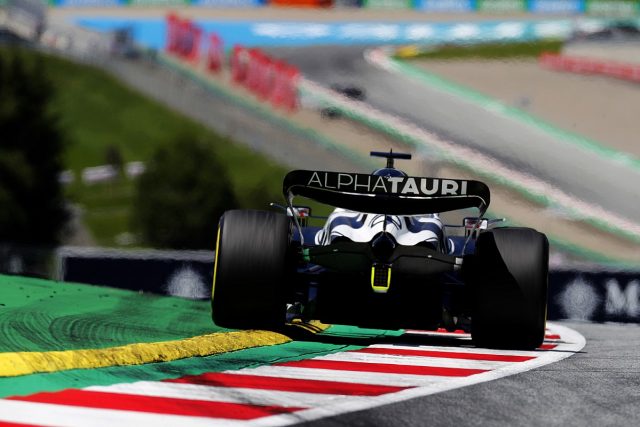 Scott Goodyear, former IndyCar driver and the current Race Director for the US Formula 4 and Formula 3 Championships, has revealed that Colton Herta was denied the chance to race in these categories to earn the Super License points to enter F1.

Colton Herta quickly became an essential aspect of the F1 driver market last season, with Alpine searching for a replacement after Oscar Piastri and Fernando Alonso parted ways with the team.

Alpine identified Pierre Gasly as a driver of interest, but Red Bull was only interested in releasing the Frenchman if they could find an adequate replacement.

This prompted Alpine’s Otmar Szafnauer to suggest Colton Herta as a potential candidate for the AlphaTauri seat, a well-received proposition by Red Bull.

However, Herta lacked the Super License points to compete in F1 – complicating this proposition.

Unfortunately for the American, the FIA ​​did not award him an exemption for his lack of Super License points to facilitate his entry into Formula 1 for the 2023 season, ending any negotiations with AlphaTauri.

In an interview with the ‘Racer to Racer’ podcast, Goodyear explained that Herta tried to race in some of America’s lower categories to earn the necessary Super License points:

“He [Bryon Herta, Colton’s father] called me in July just before Toronto, and wanted to see if we could get Colton to come in and run in our series.

“[He wanted to race] Because he needed more Super License points. And we were approving it from a series perspective, and our management group approved it.

“But he couldn’t get clearance from the FIA ​​​​​​​​​​to be able to run that and be given an opportunity to run in the series and collect some [Super License] points.”