Lando Norris wants McLaren to take a significant step forward in 2023, comparable to Ferrari’s progress between 2021 and 2022.

The British driver committed himself to the McLaren project at the beginning of last year, agreeing to a multi-year contract that expires at the end of 2025.

Whilst this contract demonstrates Norris’ belief in McLaren and their potential to climb the field, the 23-year-old has still outlined some of his more immediate development targets for the team.

Last year’s MCL36 was a relatively underwhelming machine, unable to challenge the top-three teams as the Woking-based squad found itself even further embroiled in the midfield scrap.

Although Norris has shown a willingness to be patient amidst last year’s difficulties, he has set 2024 as a deadline for McLaren to deliver meaningful improvements relative to the front-runners.

As quoted by us.motorsport.com, the Briton has explained that McLaren should aspire to make a similar step forward to what Ferrari did between 2021 and 2022:

“That’s achievable. I think what they did was extremely good. Going from where they were [in 2021], from almost getting beat by us, to going to where they are – getting wins, fighting for podiums every single weekend… 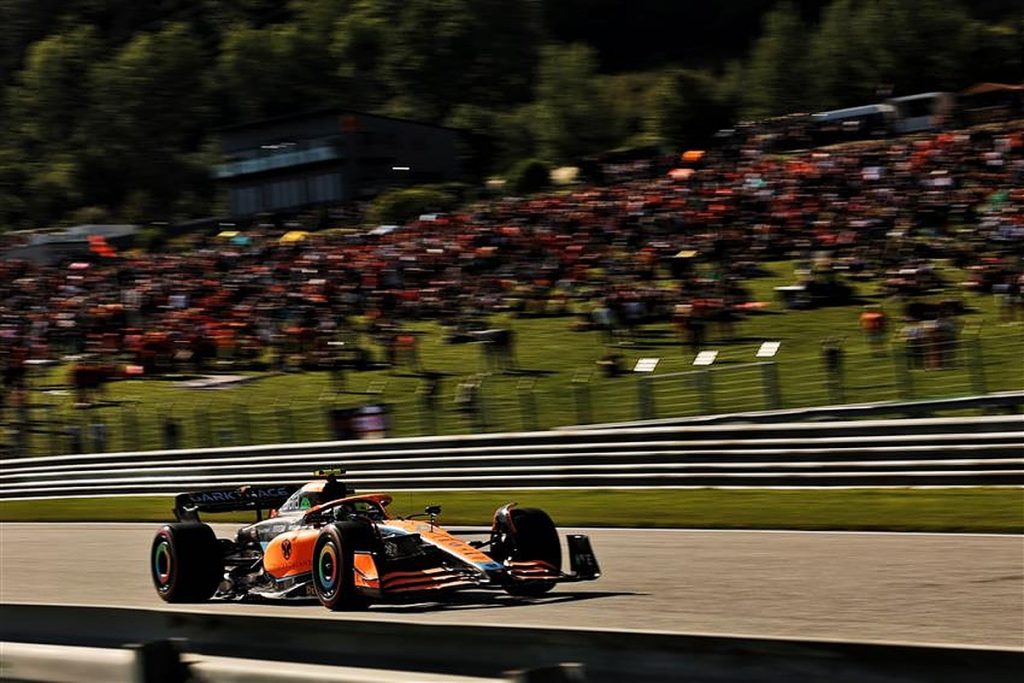 “That’s what we need to be aiming for, that level of a jump from one season to another.

“They’ve obviously had, not the luck, but they’ve maximized a newer, a new rule set for Formula 1 with the new cars, which allowed them to make a bigger jump than ever.

“But there’s still plenty of opportunities for us to achieve something like that. And that’s where we need to be setting our goals for.”

Having established a baseline for these new regulations, McLaren will work on using their additional wind tunnel time (compared to the top teams) to close the gap.

There will be plenty of obstacles on the path to this objective. For example, McLaren’s new development facilities will not be completed until later this year, so the benefits from this new infrastructure are set to be limited until 2025.

McLaren also has the challenge of competing with manufacturer teams despite their status as a customer team, which will put further pressure on improving facilities at the factory to optimize development.

However, these foundations will be essential to implement if McLaren is to compete with other more established teams on the grid.

Even with F1’s new budget cap levelling the financial playing field, there is still a significant gap between the top three teams and the likes of McLaren.

Norris has put his faith in the long-term potential of his team, but it will be necessary to see improvements relatively soon to have any reasonable belief in McLaren’s chances of fighting at the front.