Red Bull secured a clear victory in the 2022 Formula 1 World Championship with Max Verstappen. This was thanks to the work put into the RB18 by Adrian Newey and his team, Max Verstappen’s talent and the work of Christian Horner’s team in the factory. However, the power unit was also crucial for the Austrian team. Officially known as Red Bull Powertrain, something which has created some debate ahead of the 2026 regulations, the engine used by RB18 was a full-fledged Honda power unit.

Several Japanese technicians supervised the power unit’s construction, many of whom have moved to Milton Keynes to work on the first official RBPT unit in 2026. Therefore, it is no coincidence that Honda will return to put its badge on this year’s RB19 machine, which will be officially powered by ‘Honda RBPT’, per the official FIA Entry List .

One of Red Bull’s greatest limitations has always been its status as an independent team, always reliant on an external supplier for their engines. In F1’s modern age, it is increasingly difficult to separate the design of a car from its power unit.

“What has become increasingly clear as we have addressed the problems of last season, is the connection between the power unit and the chassis, two macro elements that can no longer be developed separately” , says Hywel Thomas – Managing Director of Mercedes-AMG HPP (engine department).

This problem has only become more important since the beginning of the hybrid era and Mercedes’s domination. Renault was clearly becoming a limiting factor for Red Bull and Christian Horner, given that the French manufacturer never failed to match the level of the Brixworth engines. This deficit was clear in terms of horsepower, compared to both Mercedes and Ferrari – with the latter making significant gains on the Silver Arrows. This deficit prevented Red Bull from fighting for the Championship and, on many occasions, fighting with the Scuderia for second place in the Constructors’ category. 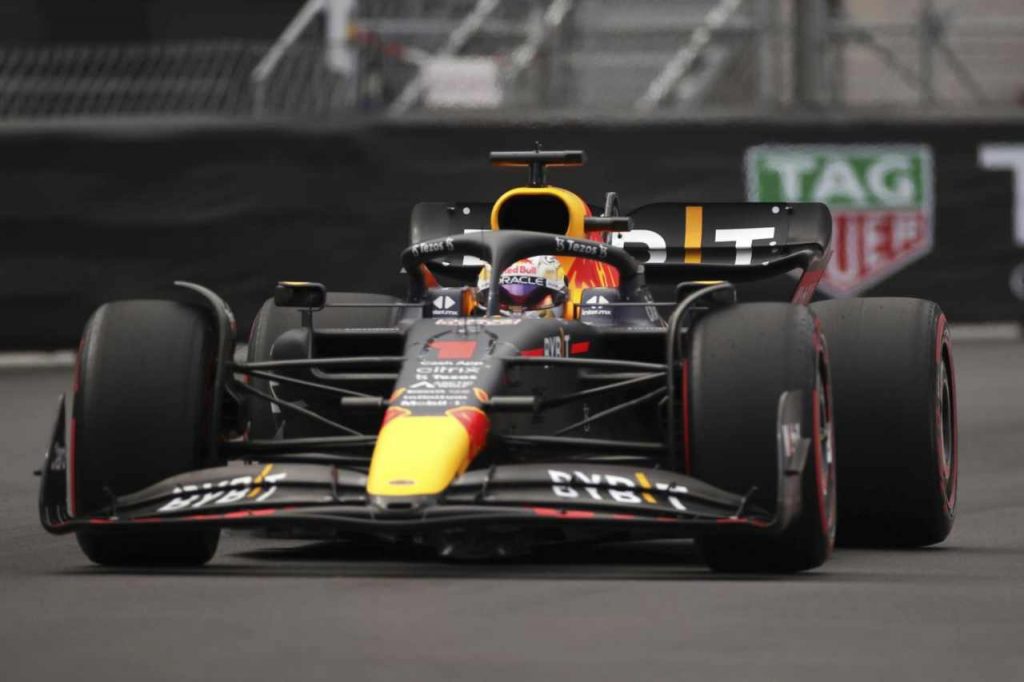 Red Bull’s partnership with Renault ended abruptly, however, a project with Honda had already been planned. The Japanese powerhouse had recently returned to F1, albeit with little success, as McLaren ran out of patience. This pushed the British squad to change its supplier, switching to Renault and then to Mercedes power units. Christian Horner and his team, however, saw the potential in a collaboration with Honda, in addition to the Japanese manufacturer’s willingness to design power units exclusively for Red Bull. This quickly became Adrian Newey’s best opportunity to execute his ideas without adapting to engines already manufactured and designed to be congenial to another type of car as may be the other three units that equip the official teams (Ferrari, Mercedes and Alpine).

The evolution of the Honda Power Unit: Ultra-fast combustion is the first step in the pursuit of Mercedes and Ferrari

The journey that began in 2019 led to two World Championships and a Constructors’ title for Red Bull. These achievements are especially significant considering the early struggles Honda suffered. These struggles were quickly addressed though, with Red Bull and Honda proving a combination capable of challenging and then overcoming Mercedes with a targeted development program – going from last on the grid to becoming a reference. The power unit behind the RB18 was the best in many aspects last year, while their rivals (Ferrari, Mercedes, Renault), generally found themselves lacking in power and reliability.

Honda’s strategy in 2015 was to deliver a compact engine with the aim of taking up the least space possible, but that proved to be an incorrect solution. After a disappointing 2015 and 2016, Honda changed the layout of the MGU-H, turbo and compressor in 2017. This is where Honda adopted the TJI system, with the precombustion chamber and fast combustion.

In the pre-chamber, which clearly separates the spark plugs and injectors from the rest of the combustion chamber, a small quantity of mixture very rich in fuel ignites. Entering the combustion chamber, the remaining part of the mixture, which is lean and useful for energy saving, is ignited, given that F1 has a 110 kg limit on fuel consumption. Small holes separate the pre-chamber part from the combustion chamber, allowing the rich mixture to ignite with the leaner fuel mixture at several points to considerably accelerate the flame transmission speed. This means Honda’s engines came into their own a few years after Mercedes, who could count on this technology after 2014, and Ferrari who introduced this to the 2016 power unit thanks to their partnership with the German company Mahle.

In the 2018 Russian GP, ​​Honda introduced an important and effective, although complicated, evolution of this fast combustion to the track. Thanks to a specific geometry of the inlet of the charge into the combustion chamber, the Japanese had noticed important peaks of power on the bench. However, the combustion proved very unstable. An optimized fuel was needed to establish it, which was promptly developed and then produced by ExxonMobil in a few weeks, and which allowed the Japanese titan to make progress it had never been seen in the three years prior.

However, this extra power created the issue of added stress and wear on the engine, so much so that Honda was only able to address this in 2020 thanks to a special coating on the cylinder liner, produced in a Kumamoto plant. Hence the term Kumamoto plating , which considerably reduced the wear of the cylinders and the greater reliability and allowed further steps forward to increase the efficiency of this combustion.

The evolution of the Honda Power Unit: the Charge Air cooler is also used by Ferrari and Mercedes

Since returning to Formula 1, Honda has developed its power units significantly, also changing its design philosophy several times. “The biggest challenge”, according to the former Head of Power Unit Development, Asaki-san, is as follows:

“I think it was the days of McLaren when we made big changes to the MGU-H and changed the placement of the compressor and the turbine [with the separation of the two macro-components].” The mission to return to the front was arduous, but, in the end, Honda was able to find the correct recipe – to such an extent that rivals on the grid are now studying their solutions.

Among these solutions is what calls the Charge Air Cooler 2, introduced in the 2021 unit. In the hybrid era, keeping energy within the thermal cycle for as long as possible is equally important as extracting the most energy available from the fuel placed in the combustion chamber. As a result, the CAC2 was born, this being a recovery of the energy ordinarily lost by the compressor.

In classic engines, there is a valve called the Pop Off Valve, which functions to safeguard the integrity of the compressor, venting excess pressure. With Honda, and also in the Ferrari and Mercedes camp, there is a small pipe that carries the excess pressure towards the exhaust, which allows the turbine to turn further through the energy that would otherwise be thrown into the atmosphere, but instead remains within the system. This is especially useful in the acceleration phase when the pressure in the compression is at its maximum. This is also important for reducing what is known as turbolag as much as possible. As a result of this feature, Honda has been able to increase its energy recovery by about 10% in these conditions,thanks to less use of the MGU-H motor generator to reduce turbolag.