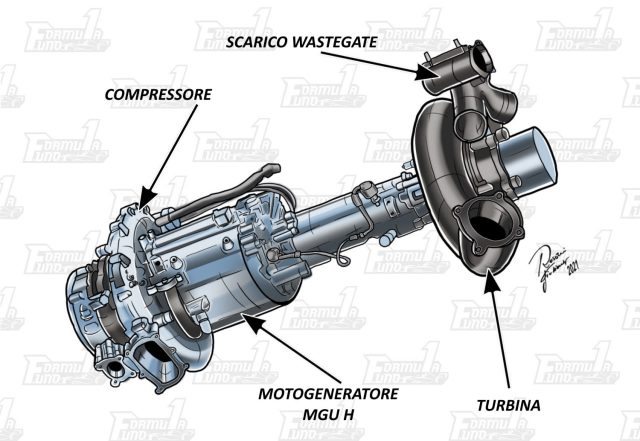 This is a continuation of our previous analysis of the Honda Power unit, which went from the worst engine on the grid to a reference for the rest of the field last year. In our previous article, we focused on the endothermic of the Japanese power unit, introducing the Charge Air Coller 2 (CAC2) on the 2021 engine.

At least initially, this engine was supposed to be totally new. However, Honda’s F1 engine development manager Asaki explained that “for a number of reasons, it was decided not to take it to the track.” Due to Honda’s departure – at least officially – at the end of 2021, it was decided to make an effort to bring a final, upgraded power unit to the track. In addition to the CAC2, Honda worked closely with Red Bull to maximize the potential of their new compact engine.

A lowered centre of gravity and improved combustion efficiency – after the introduction of ‘Kumamoto Plating’, completely reversed the offset and drastically changed energy recovery. With improved combustion efficiency, less energy could be stored – since less energy was available at the exhaust. Honda was then forced to increase its overall energy output from the crankshaft, whilst also ensuring a good level of output from the exhaust, especially in terms of temperature.

The evolution of the Honda Power Unit: An innovative battery improves electrical efficiency

Not only were great strides made in the endothermic part of the power unit, but also in the electric part, where the Honda power unit made the biggest difference compared to its rivals last year – especially last year.

This is quite significant when considering the McLaren years, where the various McLarens had to deal with a crucial issue, this being the low efficiency of the energy recovery system – which also includes a storage battery. Focusing specifically on this critical macro component, Honda has pushed hard to develop its own technology based on carbon nanotechnology. 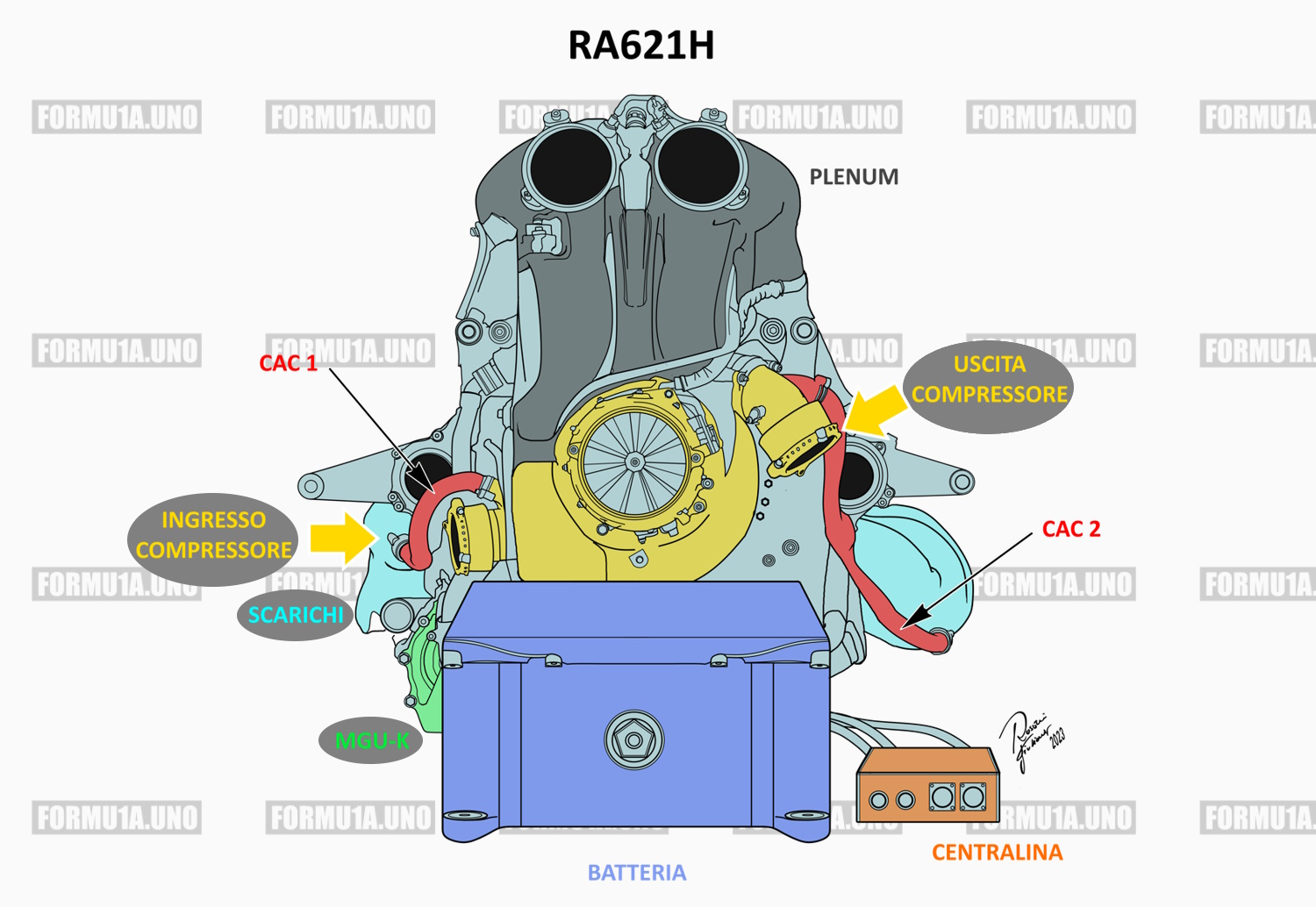 The innovation here was the increased energy storage capacity which, despite the same size, was 8 times larger than the lead-acid batteries and double the size of the lithium ones:

“This new battery was developed in a project that took several years, with the aim of combining an improvement in energy efficiency coupled with significant weight reductions,” said Yasuaki Asaki, head of Honda’s F1 power unit development. In short, the Japanese manufacturer managed to produce a far more efficient battery, which was significantly smaller and lighter, with low resistance very high power and greatly shortened charge and discharge cycles.

The new energy store was first introduced at Spa in 2021, with its development being pushed forward from the initial 2022 target to introduce it in time for the 2021 season and Championship fight. This was a huge commitment for the Milton Keynes team, composed of over ten different nationalities on what was the latest important area of ​​development for the Honda project.

Even Honda business units not specifically dedicated to F1 took part in the project, including Honda R&D Co., Ltd (Innovative Research Excellence) and Honda Motor Co. Ltd. (Automobile Operations Monozukuri Center), from the ‘road’ car battery development group . This is because the project was designed for a wider scale beyond F1:

” This new technology will also be very useful to Honda in other areas outside of F1 to be increasingly carbon neutral, drive the progress of mobility and allow people around the world to improve their daily lives”, explained Yasuaki Asaki.

To conclude, the aggressive energy recovery system cannot be ignored which, at Honda, is referred to as “Extra Harvesting mode”. An intelligent way to circumvent the limits of the regulations that were imposed and never redefined after 2023, which established a maximum of 2MJ of energy recovered through the MGU-K motor generator and poured into the batteries.

Should the energy exceed this, it is then sent to the MGU-H motor generator, where it is stored in the batteries. This is achieved because unlimited energy can be sent from the MGU-H to the batteries. 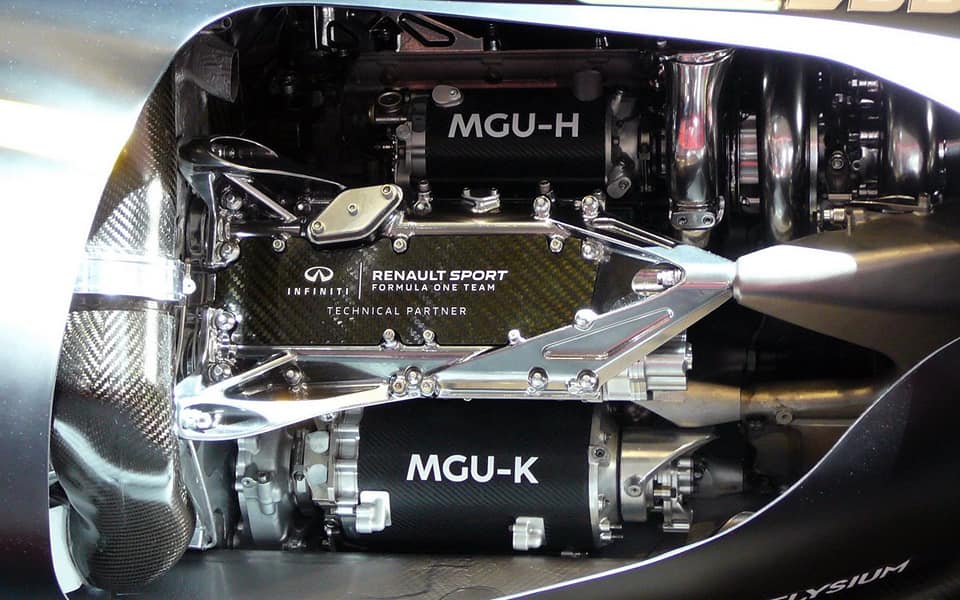 It should be noted that Honda was the second most affected by the Technical Directive during the winter break of 2019/2020, which famously crippled the Ferrari engine. This directive closed an important gray area concerning the use of the MGU-H, to such an extent that Honda had to introduce a new electrical control unit specification in 2020.